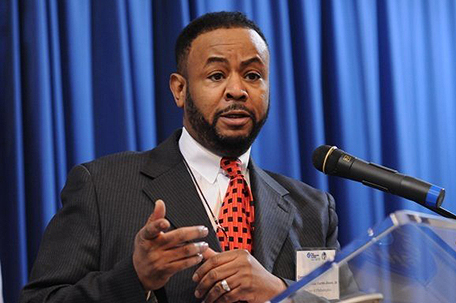 City Councilman Curtis Jones, Jr. stated, “Our hearts go out to all the 4,500 plus people in Liberia that have become fatalities of the Ebola Virus and to the one victim we’ve had that has died from the virus here in the United States. Many members of our Philadelphia City Council in different ways are dealing with this crisis. Councilwoman Jannie L. Blackwell for example, is working closely with the people of West Africa who have made their homes in Southwest Philadelphia and who are now facing a variety of concerns because of misunderstandings about the virus. The councilwoman is also partnering with the American Red Cross of Southeastern Pennsylvania to assist in their efforts to collect donations of medical supplies and other equipment that can be sent to West Africa to those treating Ebola patients.”

Jones added, “The good news is that this unfortunate catastrophe has made us start to prepare in a more coordinated way. Although all our area hospitals have protocols for dealing with this disease, there should be regional centers equipped with negative pressure rooms, capacity to deal with more long term care, severe outbreaks, and quarantines. There has to be precautions for everyone, from hospital workers who are doctors and nurses and dieticians, to the janitors and those that handle infectious waste materials. People who work in public transit, be that airport workers, taxi drivers, bus drivers or train conductors, they all need to be trained as to how to handle themselves if dealing with someone who may have been infected with the Ebola virus or some other infectious disease.

Councilman Ed Neilson noted during the public hearing that he wants to see firefighters and first responders to have updated protective gear and equipment and Councilwoman Marian B. Tasco questioned the way in which planes and trains are disinfected and sanitized. Is it affective?

Councilman Jones said, “The public hearing raised a lot of follow-up questions that still need to be answered, and over the next few days, letters with questions included will be going out to decision makers at the school district, at public transit outlets such as SEPTA and Amtrak, the Streets Department, the Department of Sanitation and certainly for Waste Disposal companies. This is about preventive maintenance and safeguarding our citizens. We have to isolate the virus, not the people.”