Are you eating too much salt, or not enough? 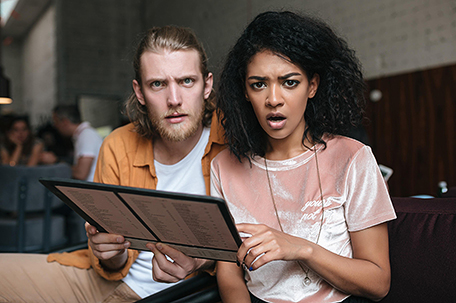 New York City already mandates it and now Philadelphia is considering it.

“It” is salt warnings on menu labels for any item considered too high in salt. The average American eats about 3,400 mg./day of sodium and recent studies indicate that’s just about the right amount. Regardless, the federal government continues to recommend that people eat a maximum of between 1,500 and 2,400 mg./day of sodium. Yet, there is almost no population on earth that consumes this little salt.

A 2014 study, published in the New England Journal of Medicine, tested sodium consumption in more than 100,000 people in 18 countries. The study found that the healthy range for salt consumption was between 3,000 and 5,000 mg./day. The amount of salt Americans eat per day is on the low end of this range. Consuming insufficient amounts of salt can lead to the development of insulin resistance, diabetes, cardiovascular failure, dehydration, unsteadiness, loss of cognition and death.

Dr. Michael Alderman and Dr. Hillel Cohen of the Albert Einstein College of Medicine reviewed 23 observational studies covering some 360,000 individuals and published their comprehensive results in the July 2012 edition of the American Journal of Hypertension. They also found that both the very low and very high levels of salt consumption negatively affected health, but in between those extremes, a very broad safe range of salt consumption resulted in optimum health.

The federal government is pushing food manufacturers to change their recipes to reduce their sodium content. This will change the taste and texture of many foods made in the U.S. and may place us at greater risk. Bread, cheese and processed meats can’t be made without salt. Salt acts as an essential preservative and drastically lowering the salt content of processed meats significantly increases the likelihood of bacterial growth.

We are led to believe that we are eating more salt than ever before, but this is also false. Military records from the early 1800s up to World War II, and before the widespread advent of refrigeration, show that the average soldier was consuming between 6,000 and 6,800 mg./day of sodium. We eat about half of that today and that number has remained consistent since WWII. The advent of refrigeration meant that we could preserve food with less salt, but salt remains a critical ingredient.

Another myth we often hear is that most of our salt intake comes from processed foods and eating out. This is why government agencies are pressuring restaurants and food manufacturers to adjust their recipes or print salt warnings. In fact, every single population throughout the world, regardless of location, state of development, culture and cuisine, ingests a similar amount of salt when compared to the U.S. average. It doesn’t matter if people get their salt from packaged or restaurant foods or add it in themselves in home-cooked meals, the amount stays constant.

Dr. Alderman, who is also the editor of the American Journal of Hypertension and former president of the American Society of Hypertension, has repeatedly cited his concern that a population-wide sodium reduction campaign could have unintended consequences. “They want to do an experiment on a whole population without a good control,” he said. More research is needed on total health outcomes before taking such a drastic step.

Should you be eating more salt?

Health story of the year: salt is vindicated