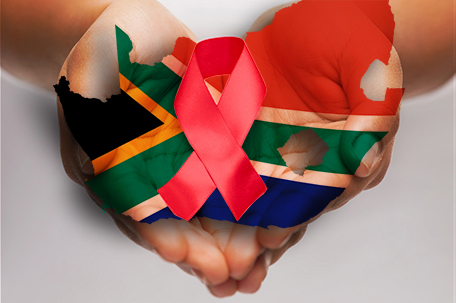 JOHANNESBURG — In T-shirts boldly declaring “HIV Positive,” members of the Treatment Action Campaign marked the 10th anniversary of their court victory that brought the South African government to provide drugs to AIDS patients, in Johannesburg on Monday.

Commemorating World Aids Day, the group called it a reunion rather than a celebration as speaker after speaker remembered how life had changed since 2004 now that 2.7 million HIV-positive South Africans receive free treatment.

The group refused to join a much larger gathering organized by the South African government and the National AIDS Council in another part of the country.

The TAC, one of the country’s largest AIDS awareness groups, said it would not join a celebration while South Africa’s over-burdened public health care system is eroding progress made in the last decade.

“We cannot be a middle-income country and accept that we do not have first class treatment,” said Vuyiseka Dubula, who joined the Campaign when she was diagnosed with HIV more than a decade ago.

Speaking at the separate government-led festivity, Deputy President Cyril Ramaphosa, who is also chairman of the National Aids Council, said South Africa had received $54 billion from the Global Fund to improve its health services.

More than 6.4 million South Africans are living with HIV and about 400,000 more are infected each year, according to the government. Ramaphosa warned that an estimated 2 million HIV-positive South Africans do not know they are infected with the deadly virus.

The Treatment Action Campaign said continuous education and improved primary health care are essential in stopping the spread of the disease.