Will Smith’s latest film, “Emancipation”, reportedly is not doing well at the box office 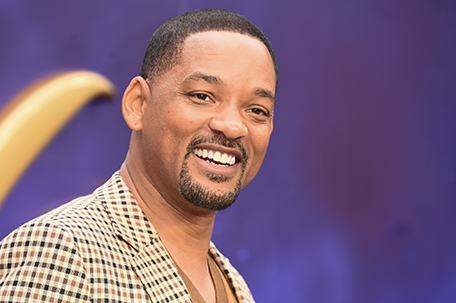 ABOVE PHOTO: Will Smith (Photo: Shuttertsock.com)

There are only four more weeks to see the Tony award-winning Best Musical “A Strange Loop” which will play its final Broadway performance on Jan. 15, 2023. Tickets are going fast for Michael R. Jackson’s sensation, which opened to critical acclaim on April 26 at the Lyceum Theatre in New York City. In addition to winning the Tony award for Best Musical, “A Strange Loop” won the Pulitzer Prize for Drama, and was named Best Musical by the New York Drama Critics’ Circle, Drama Desk, Outer Critics Circle, Drama League, and Broadway Alliance. Jackson also won the Tony Award for Best Book of a Musical for “A Strange Loop”.

Nine months later, Will Smith slapping Chris Rock at the 2022 Oscars, is still haunting the former Fresh Prince of Bel Air. Smith’s latest film, “Emancipation”, reportedly is not doing well at the box office. According to Radar Online, since “Emancipation” was released on Dec. 9, the movie that stars the Oscar winning actor as a slave named Peter, has only earned $3,000 per screen. A source told Radar Online, “Will knows it’s a long road to redemption and a lot of folks won’t forgive him. This really rams it home.”

The Daily Mail is reporting that Sean Kelly, whose home in Hollywood Hills, California, overlooks the location where Tory Lanez allegedly shot Megan Thee Stallion in July 2020, told the court he saw Lanez, his driver and Megan’s assistant Kelsey Harris kick and punch the raptress while she was laying on the ground wounded by gunshots. Kelly took the witness stand on Dec. 20 and told the jurors that he thought the three of them “were trying to kill her.” Lanez, who walked into the courtroom in downtown Los Angeles’ criminal court, wearing a powder blue suit, has pleaded not guilty to all charges.

Tis the season to be stylish and what better place to showcase one’s style than the village of Bedford-Stuyvesant in Brooklyn, New York? Bed Stuy Gateway BID Winter Wonderland presented by Wells Fargo recently joined forces with Brooklyn premier designer Moshood for an exclusive winter fashion showcase . Some of the borough of Kings brightest faces took to the runway sporting signature looks for the legendary designer’s latest collection. The festive outdoor holiday shopping experience provides local merchants an opportunity to increase foot-traffic, while offering crafters, creatives, and small business owners a viable platform to showcase and sell their goods and services.