Will Smith releases first new song in over a decade 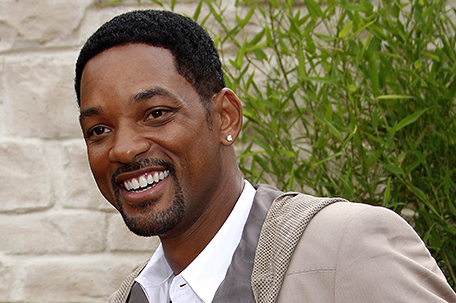 The Foundation for Ethnic Understanding (FFEU) celebrated its 26th anniversary with a fundraiser at Russell Simmons’ home in Hollywood on September 30. The organization aims to promote racial harmony and strengthen relationships between ethnic groups, especially among the Muslim, Jewish and African American communities. Russell announced that Will Smith and his wife, Jada Pinkett-Smith, gave a generous donation to FFEU that will fund meals for the Los Angeles homeless on Christmas Day…………..

Speaking of the Smiths, Will has gone back to his  roots with the release of his first new song in over a decade. The Oscar nominee teamed with Columbian group Bomba Estereo on a  remix of their song, “Fiesta.” The former Fresh Prince met the group during a recent trip to Columbia and approached them about collaborating on new material. Will also did a video and will rap in Spanish in the video. Meanwhile, Will’s mew movie “Concussion” will make its world premiere at the AFI Fest on November 10 at the TCL Chinese Theatre in Hollywood……….

There is more trouble for Nick Gordon. RadarOnline.com has learned that a grand jury is being convened in Georgia to bring possible murder charges against Bobbi Kristina Brown’s ex-boyfriend in the wake of her tragic death. Says a source: “The District Attorney is convening a secret grand jury and it’s likely to result in charges against Nick Gordon. It is unknown at this time what those charges will be.”……….

As one of the most acclaimed music groups of all times, The O’Jays continue to burn up the tour circuit after more than four decades, and recently announced their upcoming performance schedules. The tour began August 7, 2015, and now continues through February 12, 2016. While the powerhouse vocalists are performing their legendary music coast-to-coast, group member Eric Nolan will also be releasing his third single entitled, “Cologne” off his first solo album, “Mood Swing.”……..

Will Smith and Jada Pinkett Smith: “We are still together”

Willow Smith wanted to be like her famous parents