Will Smith continues to rake in the awards for his role as Venus and Serena Williams’ father, in “King Richard” 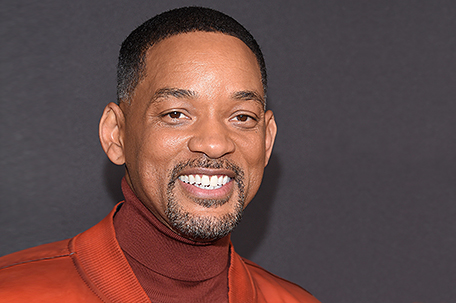 After being sentenced to 150 days in jail and ordered to pay $120,106 in restitution, and an additional $25,000 as well as serving 30 days probation, Jussie Smollett was placed in the psych ward of Chicago’s Cook County Jail. However, representatives for the jail say that is where they place all high profile inmates, and the decision was not based on the former Empire star yelling, “I am innocent. I am not suicidal!”, as he was led out of the courtroom in handcuffs on March 10. According to multiple reports, Smollett’s cell has round the clock cameras as well as a corrections officer stationed outside of the cell with a body worn camera. Meanwhile, Taraji P. Henson, who portrayed Smollett’s character, Jamal’s mother Cookie on “Empire”, posted on social media, “My prayer is that he is freed and put on house arrest and probation because in this case that would seem fair. Please #FreeJussie.”

While Dionne Warwick celebrates Women’s History Month 2022, her legacy of achievement speaks for itself. Ms. Warwick celebrates with a national leadership award for leadership from educators, a CNN Film to honor her legacy, a residency in Las Vegas, and the growth of her interior design enterprise – WG Design Lab – with Bruce Garrick. On March 22, Bay Path University, along with a host of community collaborators will convene the sixth annual On The Move Forum to advance women with Dionne Warwick receiving the highest honor. Janine Fandon, founder of the On the Move Forum and assistant professor and chair, undergraduate communications at Bay Path University states, “We extend gratitude to Ms. Warwick for her leadership over many decades to inspire success in communities and across the country.”

Will Smith continues to rake in the awards after winning the Golden Globes, NAACP Image Awards, and AAFCAA for his role as Venus and Serena Williams’ father, Richard Williams, in “King Richard”. On March 13, Smith won the Best Actor Award at both the BAFTA Awards in London and the Critics Choice Awards in Los Angeles. Since the former Fresh Prince of Bel Air couldn’t be in two countries at once, “King Richard” director Reinaldo Marcus Green accepted for Smith at London’s Royal Albert Hall, while Will gave a moving speech in L.A. at the Critics Choice Awards.