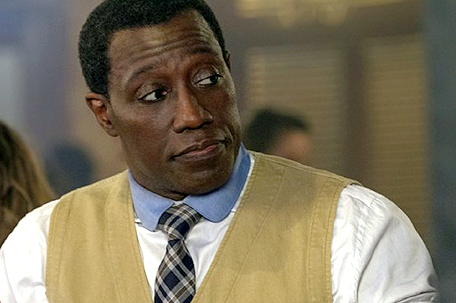 Parmigiani Fleurier was proud to have a role at the recent Great Night in Harlem, presented by The Jazz Foundation of America, on October 24. Hundreds of guests were in attendance at the historic Apollo Theatre, as well as numerous celebrities, including Bruce Willis, and some of the world’s best jazz musicians. Parmigiani Fleurier has a long history of supporting the jazz industry and is the official sponsor of the Montreux Jazz Festival, as well as the Shanghai Jazz Week. The goal of Great Night In Harlem was to raise money for the musical organization Jazz Musicians Emergency. To draw attention to the greater issue at hand, the preservation of Jazz and Blues Music, Parmigiani Fleurier presented Bruce Willis with a Kelpa XL Automatic. The one of a kind timepiece has an abyss blue dial that features a polished “Montreux Jazz” piano keyboard and rhodium plated appliques, and delta shaped band with Superluminova coating. The watch is significant to blues and jazz music because the timepiece belonged to Claude Nobs, the founder of the Jazz Festival of Montreux, who is also known for discovering many of today’s well known jazz artists. The event started with a dinner and reception, hosted in a party tent stationed behind the famed Theatre. Fine food and cocktails were served, as Jesse Carolina & The Hot Mamas filled the room with vintage jazz and lowdown blues.

Wesley Snipes will star in a remake of the crime drama “Five Minutes To Live” with Chuck Russell directing. The 1961 movie starred Johnny Cash and Vic Taybach as two thieves who conspire to rob a bank and hold the bank manager’s wife hostage. Meanwhile, Snipes was spotted at Amy Ruth’s in Harlem recently chowing down on smothered chicken, rice and beans and yams. Says a source: “He was dressed low-key, wearing a cap and was with an agent type man. He agreed to sign autographs, but refused to take photos with any of the customers.”

Bill Cosby has reportedly canceled his upcoming appearance on The Queen Latifah Show. Cosby has been put back into an unflattering spotlight after allegations that he sexually abused at least 13 different women and girls have resurfaced, Comedian Hannibal Buress called Cosby a “rapist” during his set in Philadelphia earlier this month. Days later, actress Barbara Bowen came forward claiming that Cosby repeatedly raped her when she was 17-years-old. Cosby was never charged with any form of assault although he did reach a settlement outside of court with one of his accusers.

Hip Hollywood is reporting that Terrence Howard’s wife, Miranda, is pregnant with a boy. The outlet reports Miranda was overheard telling friends that she was with child while accompanying Howard to a special screening in New York City recently for his upcoming Fox TV series, “Empire.” Miranda is Howard’s third wife and this will be their first child. The couple exchanged vows in 2013 after the Oscar nominated actor split from his second wife Michelle Ghent. Howard has three children from his first wife. Lori McCombs.