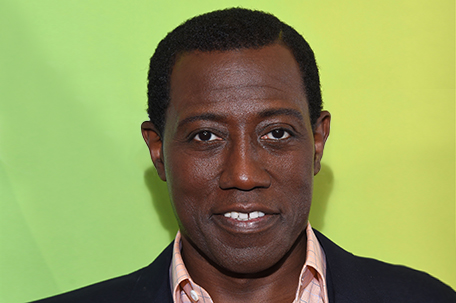 The Michael Jackson Estate and Columbia Live Stage announced that a new musical inspired by the life of the King of Pop is in development, angling to arrive on Broadway in 2020, according to multiple reports. While few details have been released, the as-yet-untitled show will feature a book by Pulitzer prize winning playwright Lynn Nottage. The musical will draw its score from Jackson’s extensive catalog, which ranges from his Motown hits as a child in the Jackson 5 through “era-defining” solo albums……..

Genesis Jones, the great niece of the late legendary gospel singer, Mahalia Jackson, is a singer, songwriter, model, actress and entrepreneur. The bronze beauty is staged to put an impact upon the music scene with her PJ Blanco/DJ Snake produced release “With or Without You” later this month. Enjoying a successful modeling career, Genesis threw herself into music at a young age. Her late great aunt, who defined the genre of gospel music, was close to Quincy Jones, who upon hearing Genesis, advised her to start writing her own music and embark on a singing career. “With or Without You” is accompanied by a beautiful video shot in the Dominican Republic. It will be followed by a second single very soon……..

ESPN.com is reporting that as part of its aggressive commitment to relaunch its basketball sneaker category for the first time in 20 years, Puma announced that rap mogul Jay-Z has been named creative director of Puma Basketball. In advance to this week’s NBA draft, Puma has already signed several projected first-round picks including Marvin Bagley III and Zhaire Smith to multiyear footwear and apparel endorsement deals. The last player Puma signed was Vince Carter in 1998. Jay-Z will have a voice on product and will also help to identify which upcoming NBA players and entertainers may be best suited for the brand to sign…………

According to the Hollywood Reporter, Wesley Snipes has joined Eddie Murphy in “Dolemite Is My Name,” Netflix’s biopic of envelope-pushing comedian and film producer Rudy Ray Moore. Snipes leads a star-powered roll call that also includes Mike Epps, Craig Robinson, Tituss Burgess and Da-Vino Joy Randolph as the film started production last week in Los Angeles. Rudy Ray Moore, who will be played by the Oscar nominated Murphy, is sometimes called the Godfather of Rap from his raunchy, sexually explicit rhymes in his comedy. He died in 2008. His film “Dolemite” was an underground sensation……..