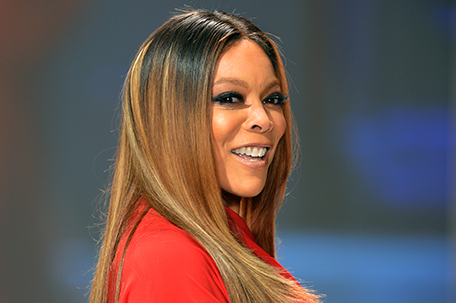 Viewers around the world witnessed  Wendy Williams apparently fainting during a live taping of The Wendy Williams Show on October 31. While wearing a Statue of Liberty Halloween costume, Wendy was seen bobbling and staggering backward before falling to the floor. The talk show host, who was visibly shaken prior to collapsing, was immediately cared for by her staffers and producers. The incident happened about 48 minutes into the 1-hour show, which immediately went to commercial break. After returning from the break, Wendy said: “That was not a stunt. I overheated in my costume, and I did pass out. But you know what? I’m a champ, and I’m back.” In a statement, Wendy’s rep said: “Ms. Williams fainted on-air this morning. She is dehydrated and is on her way home for a good day and night of sleep. She has been examined by medical professionals and is well. She is ok and will continue shows as planned.”……….

Award-winning and Grammy nominated producer Harmony Samuels hosted the first musical performance showcase for Lincoln Heights actress Rhyon Brown, to an A-list filled crowd of thousand on October 23 at the Avalon in Hollywood, California. Rhyon also appeared on the Lifetime original film, Surviving Compton. The talented entertainer, who performed songs from her new album, “Pretty Girl,” has been referred to as a mix between Ariana Grande meets Janet Jackson. She recently met Janet and is now in talks to work on the icon’s album………

On Wednesday, October 25, one of the most highly anticipated nights of the year, the World of Money Award Gala, returned to New York City to celebrate 12 years of empowering youth through financial education. The prestigious event was held at a Manhattan Penthouse.   The Gala honored Wilson White, Director, Public Policy & Government Relations, Google; Racquel Oden, Managing Director, Merrill Lynch and Don Rogers. Fashion Icon J. Alexander Martin delivered a riveting keynote speech. For more than a decade, World of Money has invested in breaking generational poverty by teaching youth most in need financial literacy……..

Wendy Williams– How You Doin’?