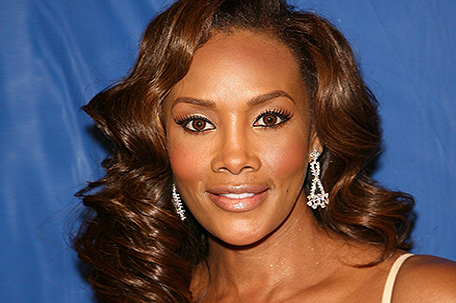 Exclusive! After being forced to sit out her hosting gig of the E! News virtual Emmys pre-show on September 20, because she tested positive for coronavirus, Vivica A. Fox decided to get a second opinion and take another test. The results of that test were negative, so the Empire star is perfectly healthy and virus free. Following the obviously false positive, Fox said she was isolating at home “in an abundance of caution.” Her hosting partner, Giuliana Rancic was also forced to cancel. However, her husband Bill and son Duke also tested positive, but said the entire family was doing well. Glad to hear that Vivica is Covid-19 free!

Exclusive number two! Offset Quarantine Work Alert! Following his estranged wife Cardi B filing for divorce recently, the newly separated Offset was spotted in late September filming a commercial for his virtual concert that took will place on an Atlanta rooftop. Sources say the Migos emcee happily rapped during the filming. However, he is apparently very upset over Cardi B filing for divorce. His mother told a source on the set: “This is the first time he has smiled in three days.”

Authentic Recordings announced the release of the self-titled track “Grxwn Fxlks,” featuring the magnificent DJ and Grammy Award-winning producer, DJ Jazzy Jeff. “Grxwn Fxlks” follows the community-driven, fan-favorite “Celebrate” and hard-hitting “Let’s Talk About It,” featuring Mysonne and is available across all DSPs and on sale at iTunes. “Jeff did the scratch, Akil did the beat, and I did the rhyme. It’s a great combination and a lot of hip hop energy and power, and I think a lot of people will be excited about it,” states Masai Turner.”

Gabrielle’s Angel Foundation gave donors the chance to relive the Studio 54 days at a Virtual Disco party that raised over $1 million to fund critical cancer research. In keeping with the theme of the evening, guests were treated to performances by an incredible lineup of disco legends including Gloria Gaynor, Chaka Khan, Patti LaBelle, Nile Rodgers and Kathy Sledge, had viewers at home on their feet singing along. Donor and celebrity philanthropist Jean Shafiroff supported the event, while guests included Pat Cleveland and Star Jones. Hosted by songwriter Denise Rich and her daughters Daniella Rich Kilstock and Ilona Rich Schachter, the celebration honored the memory of Gabrielle Rich Aouad.