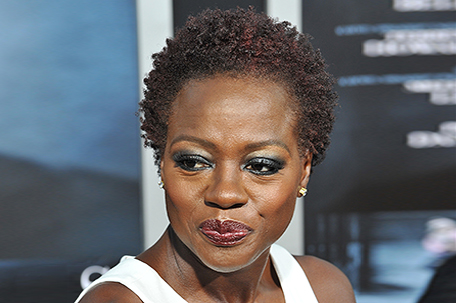 Denzel Washington will star in and direct a movie version of August Wilson’s “Fences” for Paramount Pictures with Viola Davis on board to star, according to Variety. Both actors won Tonys for their performances in the 2010 Broadway revival of “Fences.” Said Brad Grey, Chairman and CEO of Paramount Pictures: “This important and beloved play has been a passion of Denzel’s for many years and it is with great excitement that we embark together to bring his dream project to the big screen.” “Fences” is Denzel’s third directing project following The Great Debaters and Antwone Fisher.……….

The entertainment world lost two bright lights over the past week. Daisy Llewellyn, star of Bravo’s “Blood, Sweat & Heels,” died of cancer at the age of 36. A few days later, veteran radio personality Doug Banks died from kidney failure at the age of 57. A Bravo spokesperson released the following statement about Llewellyn. “We are devastated to learn that Daisy Llewellyn from Bravo’s ‘Blood, Sweat & Heels’ has passed away this morning after a battle with a rare form of cancer. Daisy passed on in peace and filled with joy, surrounded by her family and friends. We are all saddened to lose this wonderful woman. Our thoughts and deepest sympathy is expressed.” Doug Banks was extremely supportive of Yours Truly’s radio career throughout the years. May they both rest in peace……

OWN: Oprah Winfrey Network’s popular docu-series ‘Livin’ Lozada” featuring reality star Evelyn Lozada returns with all-new episodes on Saturday, May 7 at 10 p.m. ET/PT following the season finale of Holly Robinson Peete’s new docu-series “For Peete’s Sake.” In this all-new season, Evelyn, her fiance, L.A. Dodgers star Carl Crawford, and their toddler son, Leo, head back to their home in Arizona for the off-season…….

This Thursday during National Action Network’s (NAN) 25th Annual National Convention, Valerie Jarrett, Senior Advisor to the President of the United States, will be honored with the NAN President’s Award at the “Keeper of the Dream” Dinner and Awards Ceremony. This special distinction recognizes Jarrett’s exemplary service, commitment, and leadership in the fight for civil and human rights in the United States. Rev. Al Sharpton, NAN Founder and President, presented the award on Thursday, at the Keepers of the Dream dinner and awards ceremony along with Martin Luther King, III. In addition to Jarrett, this year’s honorees include Judith Jamison, Robert F. Kennedy, Jr., Raymond J. McGuire, Gloria Steinem and Andrew Young. The event will be held at Sheraton New York Hotel & Towers……..