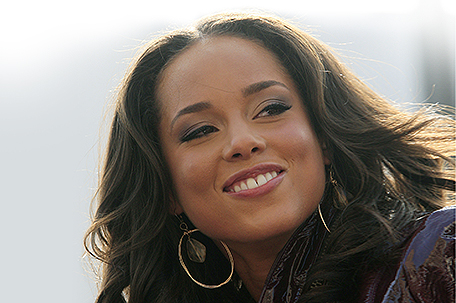 Caesar and Dutchess from VH1’s “Black Ink Crew” hit the Red Carpet on March 23 for the opening of African American Women In Cinema Film Festival (AAWICFF) at 1199 Bread and Roses Gallery in New York City. Caesar told Yours Truly that he and Dutchess have “plans as a couple and are getting married somewhere in the future.” The busy tattoo artists headed to Atlanta following the evening’s screening of “The Sin Seer.” Additional chicsters at the premiere included “The Sin Seer” producer Angela White and star Lisa Arrindel Anderson, AAWIC founder Terra Renee, former Miss America Suzette Charles, Me’lisa Morgan, actress/filmmaker Karina Tatarski and publicist extraordinaire Irene Gandy.……..

An explosive frontier mystery about eight strangers with one deadly connection, The Hateful Eight became available for digital download on March 15 from Starz Digital before heading to retail on Blu-ray Combo Pack from Anchor Bay Entertainment and On Demand March 29. Special features for The Hateful Eight include two featurettes Beyond the Eight: A Behind-the-Scenes Look and Sam Jackson’s Guide to Glorious 70 mm………….

On March 21, Jean Shafiroff hosted a celebration at her Park Avenue apartment to mark the publication of her first book, “Successful Philanthropy: How to Make a Life By What You Give.” The book features an introduction from Georgina Bloomberg, who made a special guest appearance to toast Jean in front of guests that included, Suzette Charles, Mortimer Zuckerman, Helen Shelton, Rita Cosby, Fox News correspondent Rick Leventhal, Anne Rapp, Dawne-Marie Grannum, Shannon Hales, Dr. Penny Grant, Elsie McCabe-Thompson, President of the NYC Mission Society,  and Randi Schatz……….

According to Variety, Alicia Keys and Miley Cyrus are in and Pharrell Williams and Christina Aguilera are out as coaches for the next season of The Voice. “The musical expertise and energy these two incredibly talented women will bring to the show is remarkable,” said Paul Telegdy, NBC’s president of alternative and late-night programming. Keys and Cyrus will join Voice mainstays Adam Levine and Blake Shelton when the show revs up its winter cycle in September………

Congratulations to T.I. and Tiny. Former Xscape member Tameka “Tiny Harris gave birth to 5 pound baby girl on March 26 at 2:58 pm in Atlanta. Although the baby made her way into the world a month ahead of schedule, she is very healthy and both mother and child are doing great!