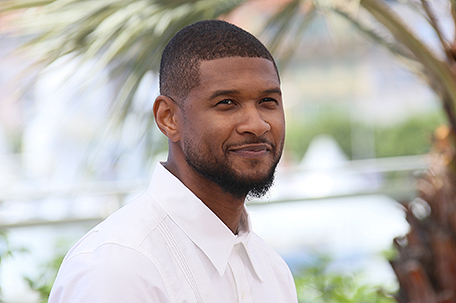 As one of the nation’s leading philanthropic organizations, dedicated to uplifting, empowering and transforming the lives of underserved youth, Usher’s New Look (UNL) is celebrating 20 years of service and action with the 2019 Disrputivator Summit. The three -day event will take place from July 24-26 at Emory University, and will bring together hundreds of students, parents, educators and like-minded individuals interested in addressing the needs of young people and helping them advance their dreams. Usher’s New Look was founded in 2009 by multiple Grammy award winner Usher Raymond as a young man barely out of his teens. In 20 years, the organization has served more than 50,000 young people and has galvanized a movement towards positive change in how young people of color perceive themselves and the world around them.

The Black Business Association (BBA), the oldest ethnic business organization in the State of California, will host its Annual “Salute to Black Music Awards Dinner” on Tuesday, June 18, 2019 at the California African American Museum in Los Angeles. The event is held in recognition of African American Music Appreciation Month, featuring a celebration of gospel music legends,” The Business Behind the Music.” The Master of Ceremonies, Lee Bailey, is a radio pioneer, founder of Bailey Broadcasting Services, RadioScope and EUR Web. Lisa Collins, publisher of LA Focus, will receive the Outstanding Gospel Publication Award.

With an abundance of new talent hitting the airwaves on an almost daily basis, it is very rare to find an artist that really stands out amongst the noise. However, all hope is not lost. Emerging onto the hip hop scene as a fierce storm, Jamaican born 88 LO, who currently resides between Bronx, New York, Los Angeles and Phoenix, Arizona, released his first single “Betrayed” in 2018. Now the master wordsmith has released a sophomore single, “Nothing Changed,” featuring 88 Goldie. The hot cut, which is currently available on all major digital music platforms and is already racking up hundreds of streams, is on three charts, including Hip Hop, R&B and 50. On “Nothing Changed,” 88 LO’s expressive bars and rough delivery are smoothed out by the fabulous hooks sung by his comrade 88 Goldie, as they take listeners on a ride through the hood and harmonize about how to navigate through the hate.