Trevor Noah has broken up with actress Minka Kelly 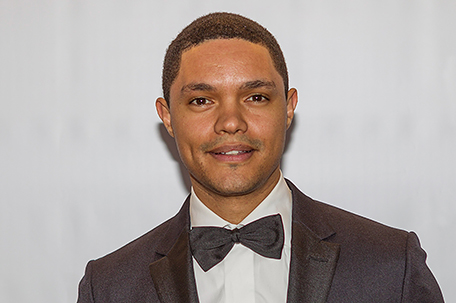 May 27, 2022 Category: Go With The-Flo Posted by: Philadelphia Sun Staff

Tongues are wagging that Trevor Noah has broken up with actress Minka Kelly after almost two years of dating. “Minka is single now,” a source told “People.” On May 18, another insider exclusively told E! News that it’s “100 percent over” between the Daily Show host and the actress and that “they’ve been broken up for a while.” Although a source says Trevor is already dating, actress and comedienne Sherri Shepherd put in her bid for to become Noah’s new girlfriend while guest hosting the Wendy Williams Show on May 23. Shepherd, whose new talk show “Sherri” begins in September, said she is more than available for Noah, mothers and grandmothers love her, and she can become an African queen.

“Today Show” meteorologist andco-host Al Roker braved the blazing heat to cross the finish line of the Brooklyn Half Marathon on May 21, according to People magazine. Roker ran straight into the arms of his wife, television personality Deborah Roberts, who presented her husband with a medal. The RBC Brooklyn Half, organized by the New York Road Runners, returned to full capacity for the first time in three years. The runners ran more than 13 miles in the unexpected high temperatures through the borough. “Thanks to the folks at @nyrr for some great shots crossing the #finishline and getting my medal from @debrobssabc,” Roker wrote in the Instagram caption.

“Road to the Bee” — a new, exclusive, one-hour original special documenting what it is like to prepare for and compete in the iconic Scripps National Spelling Bee —- will premiere at 8 p.m. ET Thursday, May 26 on ION and Bounce. It comes just days before the 2022 Bee begins. An accomplished actor, director, educator, and lifelong children’s literary advocate, LeVar Burton, host of the 2022 Scripps National Spelling Bee, narrates the program.

On May 20, global pop artist, singer-songwriter Naika, released a new single — “H2O” and an accompanying music video — on all music streaming platforms. The single marks her follow up to the successful 2021 EP “Lost In Paradise Pt. 2”and comes on the heels of the hit single “Sauce,” which was featured in the 2021 global Apple iPhone campaign and gained household recognition after it premiered during the 2021 Grammy Awards and ran throughout the NCAA March Madness season. “H20 is a long time in the making and is my first release as part of a very special project that I have been pouring my heart and soul into during the pandemic,” says Naika. “My hope with this single is that my incredible fans get excited for more new music this year, and for those that are not familiar with my sound, to get a taste of my vibe.”