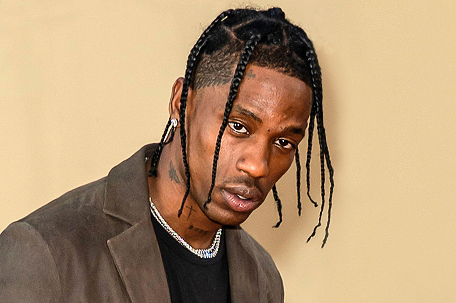 May 20, 2022 Category: Go With The-Flo Posted by: Philadelphia Sun Staff

Mary J. Blige was presented with the Honorary Icon Award by Janet Jackson on May 15 at the Billboard Awards at the MGM Garden Arena in Las Vegas. Doja Cat was also a big winner that night. Wearing a dress by Schiaparelli, Doja won three Billboard Awards out of 14 nominations for top R&B female artist, top R&B album, for “Planet Her,” and top viral song for “Kiss Me More” featuring SZA. Meanwhile, on May 14, Janet’s ex-boyfriend, Jermaine Dupri, whom the pop icon looked pretty cozy with, threw her a surprise 56th birthday party at the Park MGM, where guests included Usher, Jimmy Jam Harris and Nelly.

“The Haves and The Have Nots” star Tika Sumpter married her co-star and fiancé, Nicholas James during an intimate wedding ceremony in Cabo San Lucas, Mexico, on May 15. According to Brides Magazine, Sumpter wore a strapless gown with a flowing veil by Gala Lahav, while James was clad in a light blue suit. The newlyweds have a 5-year-old daughter, Ella-Loren. The couple met on the Tyler Perry created TV drama in 2015. Sumpter portrayed the scheming Candace Young, while James played gay police officer Justin. “We’re excited to be together and continue the journey,” Sumpter told Brides. “We both walked down the aisle with clear eyes, knowing that the wedding wasn’t just for the party. It was really for us.”

On May 17, Travis Scott’s Cactus Jack Foundation announced that it has awarded $1 million in scholarships for students at Historically Black Colleges and Universities (HBCUs) to 100 members of the graduating class of 2022. With Scott’s support, the Waymon Webster Scholarship Fund granted $10,000 scholarships to seniors who have reached academic excellence averaging a 3.5 or higher GPA but have faced the all-too-common last-minute challenge of financial adversity in the second semester of their senior year. The scholarships will bring 100 students over the finish line, diploma in hand. This is the second year that Scott has supported HBCUs and represents a tenfold increase. This year’s recipients include graduating seniors from 38 HBCUs, including Alabama A&M University, Central State University and Prairie View A&M University, Scott’s grandfather’s alma mater, where he also served as an educator.

Actress, social media star and vegan influencer Tabitha Brown, has teamed up with Target to create Tabitha Brown for Target, a line of clothes. Tabitha Brown for Target is a limited-time-only line of “apparel, swim and accessories items, home and office, food and kitchenware, entertaining and more,” according to a press release. The line will be comprised of more than 75 items, with most available for under $30, said Brown. “Target made me feel seen and created a safe space where I could be my authentic self,” she said. “To me, joy comes freedom, and I was free to be myself during the entire design process, which is reflected in the assortment.”

$15,000 in scholarships awarded to local students

Travis Scott and Cardi B headlining Made in America Festival 2019

Families turn down Travis Scott offer to pay for funerals