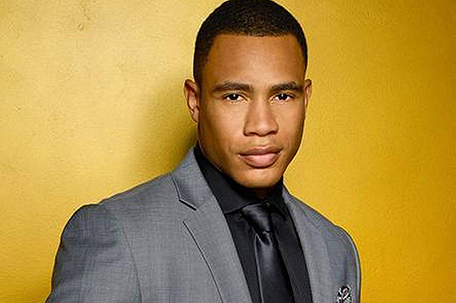 According to reports, Cissy Houston, mother of the late Whitney Houston and grandmother of Bobbi Kristina Brown,can relate to pain after her daughter died three years ago, at the young age of 48. Now, her granddaughter Bobbi Kristina is clinging to life, after the 22 -year-old was also found in a bathtub unconscious.  Speaking with a New York radio station about her granddaughter’s condition, Cissy said, “She’s the same. We’ve moved her to a place for rehabilitation. And, you know, there’s still not a great deal of hope. We’re praying.” Cissy continued, ‘I just pray to the Lord who we know can do something about it.  If he works a miracle, thank God. If it happens the other way, I’m alright.” Our prayers go out to the family of Bobbi Kristina Brown…………

The Broadway company of the Tony Award-winning, record-breaking hit musical “Chicago” will welcome Grammy Award-winner Brandy Norwood, making her Broadway debut in the role of Roxie Hart, beginning Tuesday, April 28.  She will play an eight-week limited engagement at the Ambassador Theater on West 49th Street in New York City, through Sunday, June 21, 2015.  Brandy, a Grammy award-winning, singer, songwriter and actress, most recently received a 2014 NAACP Image Award for her role as Chardonnay on BET’s “The Game.”……….

“Empire” stars Trai Byers, who plays Andre Lyon, and Grace Gealey, better known as “Boo Boo Kitty,” were spotted looking pretty cozy in real life. The co-stars attended the wedding of Lauren Whitney Johnson and Cedric Sanders together.  Onlookers who saw them at the wedding reception together told sources the coosome twosome was quite affectionate at times, even though they were aware that they were the room’s center of attention. The bride and groom are also both actors.  Meanwhile, New Fox TV Group chairmen and CEOs Dana Walden and Gary Newman presented each of the castmembers of “Empire” with Rolex watches to congratulate them on the megahit show’s success…………..

Idris Elba is in early talks to play the villain in Star Trek 3, sources tell Variety.  Details of Idris’ role are being kept under wraps. Early rumors suggest that the Klingons would be the main villains in this movie, as they have not had a full previous installment, but sources would not confirm if that was the case. Idris is also set to replace Jamie Foxx in a film called The Trap………….

Tongues are wagging that boxing champion Floyd Mayweather signed the Official Contract for his upcoming May 2 historic fight against Manny Pacquiao at the MGM Grand in Las Vegas with his Cross Peerless 125 18 karat gold pen.  The purses for the fight are said to be $200 million and the gate is expected to take in an estimated $600 million……….