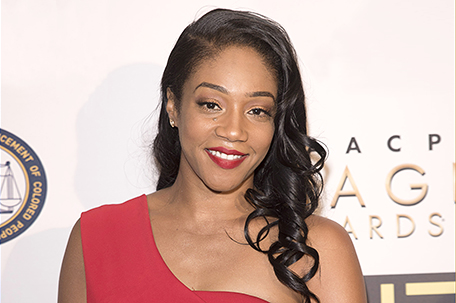 Tongues are wagging that Tiffany Haddish’s ex-husband, William Stewart, claims his comedienne/actress ex-wife’s best-selling autobiography is filled with lies. So he’s suing the “Girls Trip” star for libel, slander and defamation. Stewart says Haddish’s tome, “The Last Black Unicorn,” labels him a “monster” in the chapter titled, “The Ex-Husband.” While Haddish never mentions Stewart by name, he claims he’s the only person she’s been married to, making him easily identifiable. According to the lawsuit, Haddish details her ex-husband “choking, kidnapping and stalking her” during their five-year marriage. Stewart is seeking over $1 million in damages and has also named the book’s co-author and publisher, Simon and Schuster, as defendants in his lawsuit……….

TV One is set to premiere its latest original docu-series, “We’re The Campbells” on Tuesday, June 19 at 8 pm ET. The nine-episode docu-series will give viewers an intimate glimpse into the lives of Gospel entertainment power couple Warryn and Mary Mary singer Erica Campbell, as they tackle the everyday struggles that come with balancing family and work, nurturing their marriage, building their individual careers, and fostering their faith, all while raising their three children Warryn, Zaya and teenager Krista……….

In Philadelphia, claims of lies from within police force