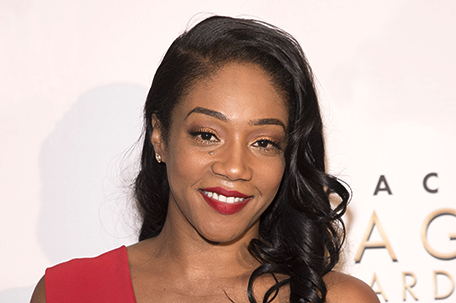 Chadwick Boseman, who passed away after a four-year battle with colon cancer two weeks ago, is being remembered with two services. A memorial service was held in the Black Panther star’s honor in Malibu, California, over the Labor Day weekend. The multi-faceted actor’s family, friends and co-stars attended the ceremony including his wife Taylor Simone Ledward, Michael B. Jordan, Lupita Nyong’o, Winston Duke and others. There will also be a service in Boseman’s hometown of Anderson, South Carolina. The Marcus D. Brown Funeral Home will be handling the arrangements. Marcus Brown said in a statement: “It’s an honor to make arrangements with this family. I’ve known them for many years, so it’s an honor, but it humbles me as well.” Boseman’s family is asking for donations to go to the Chadwick Boseman Foundation in lieu of flowers. He is survived by his wife, parents and two brothers. Sleep in power brave prince. ……….

In a video posted on her You Tube channel, Girls Trip star Tiffany Haddish tells Dr. Anthony Fauci that she tested positive for coronavirus around three months ago. Said Haddish: “I was working on a movie and someone in the movie contracted coronavirus.” She went on to tell the nation’s top expert on infectious diseases that the first time she was tested, her results were negative. Then, another person she knew got the virus, so she got a second test which was positive. After quarantining for 14 days with her dogs, the comedienne got a third test which was negative. However, she tested positive for the antibodies, Since then she has been tested 12 times because she is back to work on projects…….

Stage Entertainment and Ghostlike Records have announced that Tina- The Tina Turner Musical : Original Cast Recording was released as a special gold-colored vinyl edition on Friday, September 4. Available for the first time on vinyl, the album is exclusively available at Barnes and Noble. Featuring Adrienne Warren and the original London cast , the album was released for download, streaming and CD formats last year. The LP includes liner notes, synopsis and production along with studio photography……