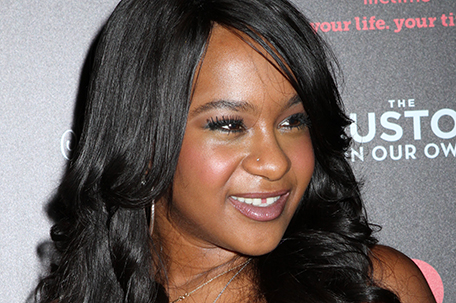 According to reports, Bobbi Kristina Brown was moved to a rehab facility over the weekend. Sources close to the family told “Entertainment Tonight” that she was moved from Emory University Hospital to an undisclosed rehabilitation facility in Atlanta. The source told ET the family is hoping for improvement in Bobbi Kristina’s condition. A second source said that the family plans to remove the breathing tube from Bobbi Kristina’s throat soon to see how she responds………….

Former Death Row Records founder Marion “Suge” Knight collapsed in court after the judge set his bail at $25 million, but he specified that Suge could not be released unless it was clear that his bail was not feloniously obtained.  Knight’s next hearing in the case was set for April 13.  Knight’s lawyer also suggested that the District Attorney in expressing concerns about bail being set at a lower amount or not at all, was suggesting his client was a character in Fox’s hit drama “Empire.” ‘It’s “Empire again,” he said.  “They believe he’s running all these criminal enterprises.”……….

Brazilian born Luana Elliott, a Certified Fitness Trainer, knows what women want, while former Reagan administration Ambassador of Health, UN Global Ambassador/Entertainment/Design Mogul Dionne Warwick knows how to connect with them.  Together they have created Healthy Gal Active Wear, which will be available everywhere women’s sports outfits are sold, as well on www.healthygal.net.  The right clothes can magically empower women.  When they dress in something that makes them look good, they automatically feel good and Healthy Gal Active Wear does just that……….