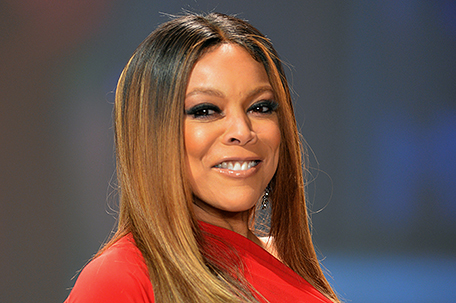 “The Wendy Williams Show” kicked off its 11th season on September 16 with some good news. It was announced that the daytime syndicated talk show has been renewed for another two seasons by Fox Television Stations, according to The Hollywood Reporter. “I’m so excited to launch our 11th year by letting the world know I will continue to do what I love to do so much – and for a very long time,” Williams said. The renewal comes on the heels of a tumultuous year for Williams, who took an extended hiatus, which included a stay in a sober house, to focus on her health as her marriage to Kevin Hunter Sr. fell apart.

Having worked as a makeup artist for two of the most influential women in the world, former First Lady Michelle Obama and business tycoon Oprah Winfrey, Derrick Rutledge’s life work has been dedicated to bringing out a woman’s beauty and grace. So now Rutledge is launching the limited-edition eyelash collection in collaboration with Red Cherry Eyelashes. The collection titled “Derrick Rutledge Studio 55 Collection For Red Cherry” will debut at Saks Fifth Avenue in the Salon Project by Joel Warren on Fifth Avenue in New York City. The collection consists of five sets named Grace, Liza, Tina, Cher and Diana.

The year 2019 has been very successful for Dionne Warwick. The legendary songstress earned a lifetime achievement honor from the Grammy Awards and is having her first Top 3 Billboard R&B album in 50 years with “She’s Back.” Ms. Warwick will be releasing a Christmas CD entitled “Dionne Warwick and the Voices of Christmas” on G-Curve Records/BMG in October, which features star-studded duets with artists including the legendary Johnny Mathis and the Oak Ridge Boys.

On Friday, September 20 in New York City in the landmark Apollo Theater in Harlem, the Friends of Harlem Hospital Center will host the world premiere of “When Harlem Saved A King,” a documentary that tells the story of September 20, 1958, when the Rev. Dr. Martin Luther King Jr. sustained a life-threatening injury by a deranged woman, Izola Curry, wielding a letter opener that she plunged into his chest at a signing for his first book, Stride Toward Freedom. The medical professionals of Harlem Hospital saved the life of the most visible leader of the Civil Rights movement in America.

Wendy Williams reportedly getting a divorce