The streak of Black shows on Broadway continues with “Caroline, Or Change” starring Sharon D Clarke 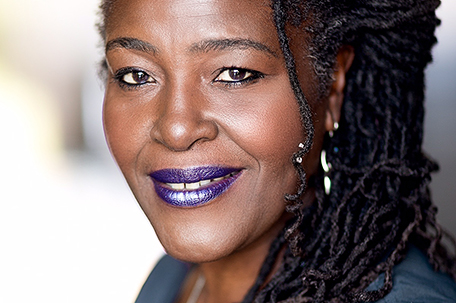 The Wendy Williams Show can’t seem to get a break. The show recently released a statement that Wendy won’t be back in her purple chair until at least February 2022. So, guest hosts will continue to appear in Wendy’s place throughout January when the show returns from its holiday hiatus. Fan favorite Sherri Shepherd had to miss her December 13 return to substituting for Wendy after undergoing emergency appendicitis surgery shortly after she arrived in New York City on December 12.  The TV personality/actress was previously scheduled to serve as guest host all week, but Michael Rapaport had to step in for her until she felt better. Meanwhile, Wendy was spotted walking hand-in-hand with her son, Kevin Hunter Jr., as they strolled around Manhattan together. Wendy was wearing a blue fur coat and white Ugg boots trimmed in Tibetan Lamb…….

The iconic R&B group, Jodeci, has signed with P Music Group, it was announced by founder and CEO, Michael Paran. Jodeci joins the P Music Group roster of clients that also include multiple award-winning R&B artists Charlie Wilson, K-Ci Hailey, and Johnny Gill. “The P Music Group family is thrilled to be working with Jodeci,” stated Paran. “Their music is a part of the soundtrack to our lives. As a fan myself, I know and share that feeling you get when you hear Jodeci and that special place it takes you to.” Paran also revealed that the newly reunited Jodeci is heading out on a 30-city tour with all six members of New Edition – Ronnie DeVoe, Bobby Brown, Ricky Bell, Michael Bivins, Ralph Tresvant, and Johnny Gill – along with Wilson, and is set to run from February 2022 through April………

The streak of Black shows on Broadway continues to soar. Playing at Studio 54 in the Big Apple through January 9, “Caroline, Or Change” stars Sharon D Clarke as Caroline Thibodeaux, a Black woman working as a maid for a Jewish family in 1963 Louisiana, as the civil rights movement is transforming America. Presented by the Roundabout Theatre Company, “Caroline, Or Change” features book and lyrics by Tony Kushner, music by Jeanine Tesori, choreography by Ann Yee, musical supervision by Nigel Lilley and musical direction by Joseph Joubert. The daughter of a seamstress and a carpenter, Clarke told the New York Times that she sees playing Caroline as “a chance to honor all maids, all women, all single mothers, all Black women trying to make their way through this life.”

Tongues are wagging that Denzel Washington and Michael B. Jordan were in New York on December 9 for the premiere of “A Journal For Jordan” at AMC Lincoln Square Theater.  The movie opens on Christmas Day. Washington, who has been nominated for a People’s Choice Award for The Tragedy of Macbeth, directs Jordan in the true story of First Sgt. Charles Monroe King, who is deployed to Iraq, and keeps a journal of love and advice for his infant son.

Blair Underwood is starring on Broadway in “A Streetcar Named Desire.”