The Jazz at Lincoln Center Orchestra with Wynton Marsalis released “Quarantine Blues,” arranged by 14 of its band members, recorded on cell phones 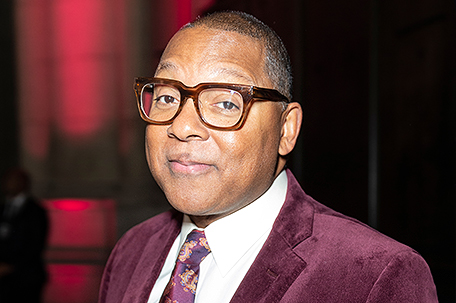 A documentary feature about Michelle Obama – the existence of which has been kept top secret for months – will be made available worldwide May 6 on Netflix, according to the Hollywood Reporter. “Becoming,” like reigning best documentary feature Oscar winner American Factory, originated from Higher Ground, the production company run by former President Barack Obama and the former first lady, which has an exclusive pact with Netflix. “Those months I spent traveling — meeting and connecting with people in cities across the globe — drove home the idea that what we share in common is deep and real and can’t be messed with,” the former first lady said in a statement……….

The Jazz at Lincoln Center Orchestra with Wynton Marsalis released “Quarantine Blues,” a 17-chorus blues composed and arranged by 14 of its band members, recorded on cell phones in each member’s respective home in New York, New Jersey, Illinois, Georgia, Texas, and Iowa. “Quarantine Blues” premiered April 24 on Jazz at Lincoln Center’s social media platforms and YouTube. “Scientists and doctors are collaborating across nations in this time of closed borders, and that’s what the best jazz has always done,” said Wynton. “This project reverberates the power of Jazz at Lincoln Center – as human beings and as an institution. It reminds us of the power of this music – jazz- and the need to be more humane than ever before.” https://www.youtube.com/watch?v=i1Wg6riuca0&feature=emb_logo ……..

Quarantine Couple Alert! Real Housewives of Atlanta star Cynthia Bailey hosted a virtual Sip & See to celebrate her fiance Mike Hill’s new memoir, “Open Mike.” The Emmy award-winning journalist shocked some of their online guests when the cover of the book was revealed with him wearing only his birthday suit with a microphone wrapped around him. During the Sip & See, the couple sipped quarantine cocktails of Seagram’s Peach Bellinis while playing a relationship trivia game with their fans. Three lucky winners will receive an autographed copy of the memoir. The well-respected sportscaster said he stripped down because he’s unveiling his truth………

Celebrity designer Claude Kameni, better known as her brand name Lavie has recently designed creative and trendy face masks for everyday people to help combat COVID-19. With each purchase of a mask, Lavie donates a mask to a hospital. When Claude noticed the need for doctors to have masks in hospitals, she maximized her efforts and even went viral with these trendy forms of protection. She is using her talent to impact the world. Claude has designed attire for A-list celebrities including Janet Jackson, Porsha Williams and Kelly Rowland.…..

Jazz at Lincoln Center Orchestra with Wynton Marsalis will bringing the joy as they tour the U.S. and perform “Big Band Holidays”