Taraji P. Henson receives her star on the Hollywood Walk of Fame 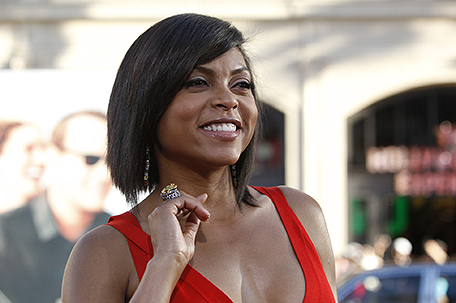 In terrible news, “Empire” star Jussie Smollett was attacked early in the morning of January 29 in what Chicago police are calling a possible hate crime, authorities confirmed to The Hollywood Reporter. The actor, who portrays Jamal Lyon, on the hit Fox show,  was exiting a restaurant in the 300 block of East Lower Water Street when two suspects allegedly began yelling racial and homophobic slurs towards him. From there, Jussie was punched before an unknown chemical substance was poured over him, police said. One of the suspects wrapped a rope around Smollett’s neck. He was hospitalized for his injuries. Smollett’s character Jamal is gay and in real life, he self-identifies as gay. This is so horrific and tragic. This element of hate that we are now living in is beyond reprehensible. Our prayers go out to the wonderful Jussie Smollett!

In other “Empire” news, Mary J. Blige praised her dear friend Taraji P. Henson as the actress received her very own star on the Hollywood Walk of Fame on January 28. Both Blige and John Singleton gave speeches in honor of Henson. Said Blige: “You have been a total inspiration to me….I never had a friend that I could call while I’m on set and say, ‘How do I do this as an actress?’ and you helped me where I needed help. In my mind, that’s rare because people don’t share and you’re a sharer.”

The Jackson family issued a statement regarding the controversial HBO documentary “Leaving Neverland,” in which former friends of the late Michael Jackson, Wade Robson and James Safechuck, claim the King of Pop molested them for many years. Both Robson and Safechuck testified under oath that Jackson never touched them. The following is an excerpt from the Jacksons’ statement: “Michael Jackson is our brother and son. We are furious that the media, who without a shred of proof or single piece of physical evidence, chose to believe the word of two admitted liars over the word of hundreds of families and friends around the world who spent time with Michael, many at Neverland, and experienced his legendary kindness and global generosity. We are proud of what Michael stands for. Michael is not here to defend himself, otherwise these allegations would not have been made.” The Jackson Family.