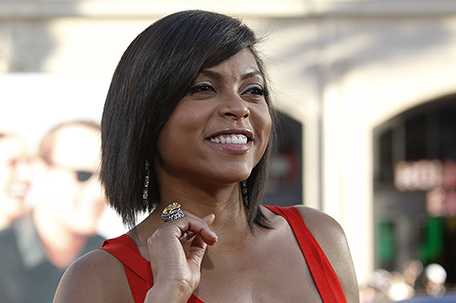 One by one, they gathered. Stars of Broadway, film and TV, alongside music superstars and politicians alike including Clive Davis, U.S. Rep. Charles Rangel, Chuck Jackson, Cissy Houston, Leslie Uggams, Freddie Jackson, Melba Moore, Suzette Charles, Karina Karess and music director Ray Chew, to honor the 75th birthday of Dionne Warwick, mother, friend, humanitarian, and icon. Convened in secret in the private dining room of the Mr. Chow’s restaurant in New York, they waited for a woman who has achieved more in her 75 years than one could with two lifetimes. After completely surprising the legendary chanteuse, guests including her sons, Damon and David Elliott and Angelo Ellerbee dined on delicious appetizers and every savory main course Mr. Chow has to offer while sipping cocktails from an open bar. The evening ended with both Freddie Jackson and Damon Elliott serenading the birthday lady………..

There was a celebrity baby boom last week. Dwayne “The Rock” Johnson and girlfriend Lauren Hashian welcomed a baby girl. Sources say “Milkshake” singer Kelis gave birth to her second child, a boy, secretly last month, and has yet to reveal the father. And in a harrowing experience on December 16, Iman Shumpert became a “Midhusband” and delivered is baby girl, Tayla Shumpert Jr. in his bathroom, when his fiancee Teyana Taylor felt the baby’s head coming out of her at 6 a.m. The actress/singer had no idea she was in labor. The Cleveland Cavaliers star stayed on the phone with EMS workers the entire time  and reportedly used a pair of headphones to tie the umbilical cord since they didn’t have medical clamps. Congrats to all the new parents!……..

“Empire” star Taraji P. Henson is returning to host “BET’s Celebration of Gospel” for the second time. Said Henson: “ It is truly a celebration of the best in music with love and hope. A celebration of what brings us all together and reminds us of what is important.” Performers on the show will include Chaka Khan, Gladys Knight and Pastor Shirley Caesar, as well as Yolanda Adams, Erica Campbell, Tamela Mann and Tasha Cobbs……..

According to Variety, Oprah Winfrey, has just in time for the winter ski season, added a $14 million ski chalet in the Mountain Village area of Telluride, Colorado, to her already impressive real estate portfolio. She bought the property which includes a fabulous wine cellar totally furnished. Oprah also owns property nearby where a custom estate is being built on a nearly 66-acre undeveloped tract she scooped up in March 2014 for $10.85 million……