Susan L. Taylor and her husband hold a luncheon where the GM Foundation donates $25,000 to the National Cares Mentoring Movement 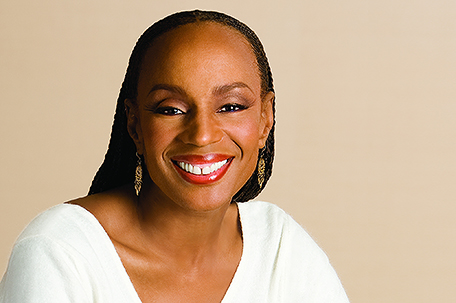 The spirit of giving was so great the weekend of July 25 in the Hamptons that you would have thought it was Christmas in July. In the form of a bright yellow Chevrolet Corvette and a fleet of Cadillac Escalades and CTS’, General Motors Executives Jocelyn K. Allen, Vivian Pickard and Ed Welburn rode in on their sleigh, dropping checks at each stop. The first stop on the weekend of philanthropy was at the Corridor Art Gallery in the Clinton Hill section of Brooklyn where the General Motors Foundation donated $25,000 to the Rush Philanthropic Arts Foundation to support free summer arts and education programs for Rush Kids. Later that night, the GM Crew put on a fabulous dinner for the media at the Southampton home of socialite and Wine Sommelier Judia Black. The following day started off at former Essence Magazine Editor-in-chief Susan L. Taylor and her husband Kephra Burns ‘ Sag Harbor home for a magnificent poolside luncheon where the General Motors Foundation donated $25,000 to the National Cares Mentoring Movement. The weekend capped off that evening at Danny Simmons and Russell Simmons’ Art For Life Gala where Cadillac was the Valet Sponsor and Kimora Lee Simmons donated $1 million dollars to a lovely group of recipients of the inaugural Kimora Lee Simmons Scholarship Foundation. The weekend proved that good and kindness still exist in this world thanks to the wonderful work of companies like General Motors.

According to TMZ, Terrence Howard’s ex-wife threatened to blackmail him to get a ridiculous amount of spousal support, leaving the Oscar nominated actor with a measly $6,000 a month. Terrence filed new court documents asking a judge to throw out his divorce settlement with Michelle Howard. He says they were only married a year and he was extorted and blackmailed into signing the settlement. Michelle still claims he owes her $325,000 in spousal support. Terrence claims he could never pay her that money….because he only makes $5,878 a month. He says the balance of his earnings are earmarked for his first wife, Lori McMasters, to pay child support. In fact, Terrence says Lori actually gets his earnings directly, then cuts a check to him.

LaToya Jackson is back on the music scene with a splash, offering up her hot new dance single “Feels Like Love”. “Feels Like Love” is produced by Brandon Howard and written by LaToya Jackson, Brandon Howard and Jeffre’ Phillips. The single was first heard on Season One of LaToya’s reaity show “Life With LaToya” and again on Season Two when she officially recorded the song. The Music Video for the single is produced by famed director Erik White. “Feels Like Love” was officially released worldwide July 21 and is currently receiving rave reviews from the public.

The Original Tee Golf Classic (OTGC), a premiere celebrity amateur golf tournament lauded by diverse industry leaders and legends celebrated its 15th anniversary on July 27 at the Wild Turkey Golf Club in Hamburg, New Jersey in style. Beverly Johnson, the original supermodel and first African American woman to grace the cover of Vogue, was the distinguished honoree for the fashionable affair. “It’s an honor to receive this award on OTGC’s 15th as I celebrate my 40th anniversary on the cover of Vogue,” stated Ms. Johnson. “I couldn’t think of a better place I’d rather be.”

VH1 has renewed its cheerleading drama “Hit The Floor” for a third season. “Hit The Floor” delivered again with fantastic ratings and social media engagement in season two,” especially among women,” said Susan Levinson, EVP of original programming and production. “We look forward to seeing what kind of trouble the Devil Girls will get into next season.” The series follows Ahsham who comes face-to-face with the drama behind the scenes of a professional NBA cheerleading team.