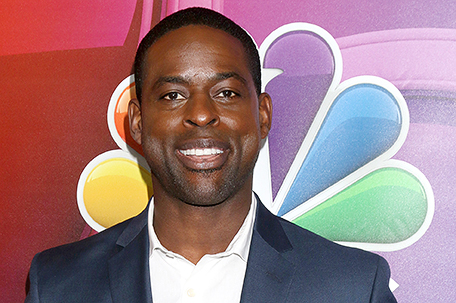 Back in 2015, the #OscarsSoWhite controversy hit Hollywood, then spilled across the pond where it was pointed out that BAFTA (British Academy of Film and Television Arts) voters also failed to include a single non-White face on their lists of nominated actors. Now, according to the “Hollywood Reporter,” fast track to 2020, and history has once again repeated itself. On January 6, BAFTA unveiled its film awards nominations, with the leading actor, actress, supporting actor and supporting actress shortlist – 20 names in total – being entirely White. There was no space for “Harriet’s” Cynthia Erivo (also a Brit), “Hustler’s” Jennifer Lopez, “Dolemite Is My Name’s” Eddie Murphy or “The Farewell’s” Awkwafina, who all had Golden Globe nominations (although Awkwafina landed a Rising Star BAFTA nomination). Lupita Nyongo’s “Us” and Antonio Bandera’s “Pain & Glory” were also snubbed by the British Academy.

Tongues are wagging that Sterling K. Brown was spotted at Culver City, California’s Platform LA rooftop hotspot MARGOT with his wife Ryan Michelle, to ring in the New Year. The “This Is Us” award-winning actor enjoyed New Year’s Eve special bites from the kitchen and celebrated with a champagne toast. Meanwhile, Brown will grace the big screen in the upcoming thriller mystery, “The Rhythm Section,” which hits theaters on January 31.

Unfortunately, over the Christmas holiday, leading up to the New Year, there were several deaths. My longtime friend, former WBC Super Lightweight Champion, Saoul Mamby, passed away on December 20, 2019 at the age of 72. The first boxing champion out of 11 that I worked for, Mamby, was a wonderful father, grandfather and friend to many. He was raised in the Bronx, where he lived until his death. He was a Viet Nam War veteran and received Honorable Discharge. Once returning home from the war “Sweet Saoul” Mamby fought the best all over the world,  from Antonio Cervantes to Roberto Duran. He captured the WBC Super Lightweight Title in 1980 by knocking out Sang -Hyun Kim in the 14th round. He held his title for 2 1/2 years as champion. Following that unfair decision loss to Leroy Haley, Mamby told me: “An hour ago I was best in the world at what I do.” Farewell champ. You didn’t need a title or a belt. You always were best in the world at what you did.

On New Year’s Day, Nick Gordon, ex-boyfriend of the late Bobbi Kristina Brown, died at the age of 30, after reportedly suffering three heart attacks after being admitted to the hospital. His attorney, Joe Hasbachy said in a statement: “While I cannot speak to the specific circumstances of his death, I can say that it’s been truly heartbreaking to have witnessed first hand the total devastation that drug addiction has wreaked upon a group of young friends, all of whom were loved and had immense potential.” In other sad news, fans are mourning the loss of 21-year-old raptress Lexxi Aliya, who also died on New Year’s Day. According to reports, she was the granddaughter of Zapp founder, the late Roger Troutman. My prayers go out to the families.

Jumping up and down about Issac Ryan Brown

Trump to Senate: Vote ‘without delay’ on his high court pick