Star Jones’ “new baby” is a puppy to keep her Maltese, Pinky, company 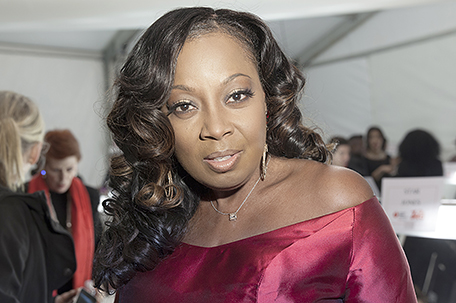 ABOVE PHOTO: Star Jones Photo: By By lev radin / shutterstock

Beyonce and Solange Knowles’ mom, Tina Knowles Lawson, sent the social media world into a tizzy on March 25 when she posted Happy Birthday wishes to Star Jones on Instagram, then added: “Heard about your new baby. So excited for you. The former View co-host and her husband, are currently celebrating her birthday, which was March 25, and their first wedding anniversary on a cruise. According to my sources, the “new baby” is a puppy that Star recently added to their family to keep her teenage Maltese, Pinky, company. Congratulations!

Tickets are on sale now for the third Annual Atlantic City Boxing Hall of Fame Celebration and Induction Weekend. The Claridge, a Radisson Hotel, will serve as the backdrop for this historic event to be held June 21-23, 2019. Fighters confirmed include: Bernard Hopkins, Tim Witherspoon, Iran Barkley, Roberto Duran, Micky Ward, Kevin Watts, John Brown and Virgil Hill. “We’re excited to continue honoring all of those who have helped establish Atlantic City as a boxing destination throughout the world, “ACBHOF president Ray McCline said. “This year’s inductees did so much to advance boxing in Atlantic City, whether they were fighters or non-participants. Our goal is to continue to bestow this honor on as many as we can for many years to come.”

Noted comedian, actor and Reach Media syndicated radio host DL Hughley is bringing his own brand of comedy and commentary to TV One with his new nighttime talk show, “The DL Hughley Show.” The show will air four nights a week, Monday through Thursday. “I’m excited for the opportunity to expand my radio show and bring it to a late night television audience,” said Hughley. “I want to talk about things that matter to our community and this show will mirror what everyone is talking about everyday.”

Women of Color Unites and the JTC List hosts its one-year Anniversary Gala on Thursday, March 28, at the California African American Museum in Los Angeles, California. The evening will honor legendary actress Marla Gibbs, producer Effie T. Brown (“Dear White People”), and the Holly Shorts Film Festival. The festivities are hosted by founder and producer Cheryl L. Bedford. The JTC List was named after Bedford’s mother, Joan Theresa Curtis, who was a political activist throughout her entire life, standing up for equality and issues that affected race and human rights until her death in 2016. Celebrities confirmed to attend include the honorees, Bill Duke, Loretta Devine, Wendy Raquel Robinson, director Matty Rich and more…….