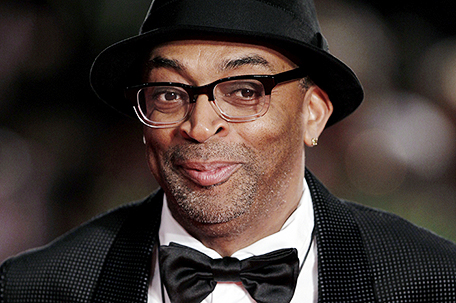 Actor-comedian-entrepreneur Kevin Hart’s new emoji app for Apple iOS devices, launched last week, shot to the top spot on the App Store’s paid apps chart within five hours of its release, where it currently still sits, reports Variety. Hart has been actively promoting the $1.99 app on social media where he currently has nearly 100 million followers across platforms. The hot debut of Hart’s emoji app comes after other celebs, including Ellen DeGeneres and Kim Kardashian West, have seen success with their own branded emoji keyboards……….

One of the highlights of my trip to this year’s Congressional Black Caucus Foundation’s ALC weekend in Washington D.C. was the TALA agency’s exquisite media luncheon for Jeffrey Webster, director of Diversity and Inclusion for Nissan North America- U.S., Canada and Mexico. The event was held at a restaurant on the picturesque Georgetown Waterfront Park. The sumptuous three-course menu included Maine lobster Caesar salad and grilled beef tenderloin. Webster joined Nissan in 1985 as a production technician at the company’s vehicle assembly plant in Smyrna, Tennessee. He consistently moved up the ranks at the company and was promoted to his current position in March, 2006. A man of many talents who founded the Nissan Gospel Singers, Webster ended the luncheon’s program by leading several members of the media in an inspiring gospel song…………..

Mariah Carey has announced the end of the “#1 To Infinity,” her first two-year Las Vegas residency at The Colosseum at Caesars Palace, with her final performance scheduled on May 13, 2017. Since its premiere in May 2015, “Mariah #1 To Infinity”  has been met with praise and acclaim from fans and critics alike. The final run of nine shows, April 26 through May 13, 2017, will go on-sale Friday, Sept. 23 at 12 pm PT. “Mariah is a phenomenal talent with ecstatic, global appeal,” said John Mason, Sr. Vice President of AEG Live Las Vegas. “We adore Mariah and are honored she has called The Colosseum home over the last two years. We look forward to working together again in the future.”………….

On September 18, Rev. Al Sharpton and the National Action Network, along with TV One, presented the 2016 Triumph Awards at the Tabernacle Concert Hall in Atlanta. Hosted by actress and philanthropist Tichina Arnold, the Triumph Awards recognizes distinguished individuals and corporations in civil rights, the arts, entertainment, education, business and sports. The show was taped in front of a live audience and will air Sunday, October 2 at 7 pm and 9 pm ET on TV One. The awards included the “Activism in the Arts Award” which was presented to Spike Lee……..