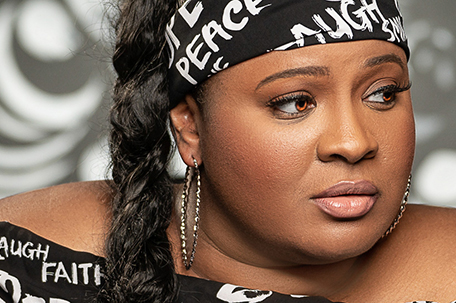 After a year of helping communities in need through challenging times, from the pandemic to hurricanes to assisting women leaving domestic violence situations, philanthropist Simone Gordon of The Black Fairy Godmother Foundation shared her story on “The Kelly Clarkson Show” on June 28. The interview was part of the show’s “Real Human Hour,” paying tribute to those who are making a difference in their communities.

The Black Fairy Godmother Foundation is a 501 (c) (3) non-profit organization created to help Black and brown marginalized families. “Our foundation uses the power of networking, social media, and influence to connect families in need with people that can help,” Gordon said.

Grammy award-winning Gospel songstress Tamela Mann announced the release of a new single, “Superheroes Prayer,” from the forthcoming deluxe edition of her Tillymann Music Group album, “Overcomer.”  The angelic ballad — gracefully performed alongside fellow vocal powerhouse Yolanda Adams — was written and produced by Grammy award-winning artist Kirk Franklin. “So often we search for something, someone, to help us and give us hope, not realizing what we’re searching for has always been right there,” Mann said. “God is our help and hope, and as He’s always available to us, He is the ultimate Superhero.”

Rev. Al Sharpton, founder and president of the National Action Network (NAN), will convene and moderate a discussion among the nation’s leading civil rights figures at the Essence Festival in New Orleans on July 2. The panel will be a key component of the largest gathering of Black women in the United States and takes place just a week after the Supreme Court ruled to overturn abortion rights under Roe v. Wade. The panel is one of several NAN events at the Essence Festival, including an address by Rev. Sharpton at the Caesar’s Superdome on July 1.