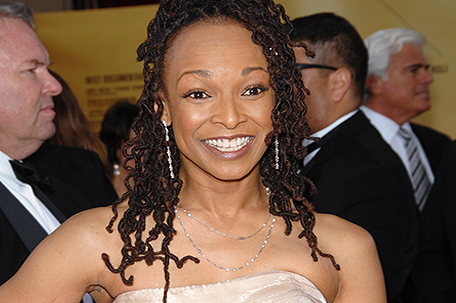 It was a rough holiday weekend for Tiger Woods. The golf legend was arrested early on the morning of May 29 on suspicion of Driving Under Influence of Alcohol and Drugs in Florida. Woods, the 14-time Major champion who has had four back surgeries, with the most recent one in April, was taken to Palm Beach County jail where he remained around four hours. Woods says an “unexpected reaction” to prescription medicine was the reason for his condition. The Florida police found Woods asleep at the wheel of his vehicle. He had to be awakened. Although his speech was slurred and he could not walk a straight line, Woods blew 0 on a breathalyzer test. He was released on his own recognizance. Woods issued a statement, apologizing to his family, friends and fans. “I expect more from myself, too. I will do everything in my power to ensure this never happens again,” he said………

Singer/songwriter Siedah Garrett has opened up to fans to reveal her battle with multiple sclerosis. Garrett shared the diagnosis publicly for the first time with the attendees of Nancy Davis’ annual “Race to Erase MS” Gala on May 5. Garrett, who wrote Michael Jackson’s “Man In The Mirror,” made the announcement just prior to performing her single “Carry On,” a single she wrote for Race to Erase MS. The proceeds from sales of the single will go to the organization, whose mission is to raise funds for MS research for a cure. In addition to “Carry On,” Siedah also recently released her song “G.H.E.T.T.O.” featuring Common, which premiered via Essence Magazine……….

Veronica Loving, author of “Feeding A Monster,” attended Sisters In Services, hosted by Sheryl Underwood, Emmy-award winning entertainer and co-host of The Talk at the Peninsula Hotel in Beverly Hills, California. The event was presented by Pack Rat Foundation For Education (PRFFE), a California 501 (c) 3 organization founded by Underwood. PRFFE raises much-needed awareness and funds for Historically Black Colleges and Universities. Underwood is also the 23rd International  President of Zeta Phi Beta Sorority. During the event, the comedienne/TV host honored four sororities of the National Pan-Hellenic Council-Delta Sigma Theta, Alpha Kappa Alpha, Zeta Phi Beta and Sigma Gamma Rho for their commitment to community service and to improving the human condition for families and individuals across the country……..

According to reports, Tyler Perry’s Madea is coming back on October 20 for “Boo 2! A Madea Halloween.” The first Boo! marked Perry’s return to the big screen as star-director-writer after a two-year absence and he came back with a vengeance breaking Tom Cruise’s “Jack Reacher: Never Go Back” on opening weekend, $28.5 million to $22.9 million. “A Madea Halloween” kept on going beyond the holiday, grossing $75 million dollars worldwide. The film also star Cassi Davis as Aunt Bam and Patricia Lovely as Miss Hattie……..