Showtime is signing Lena Waithe, creator of “The Chi,” to a first-look deal 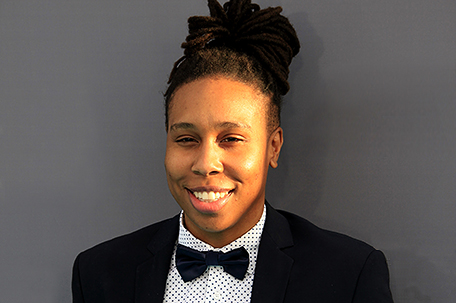 Just in time for some additional heat this summer, acclaimed Grammy Award-winning Nabate Isles released his debut album, “Eclectic Excursions” on July 20. This multi-talented Sirius XM NBA Radio Air personality/prolific trumpeter/composer is one of the busiest men in show business. With a taste of what’s to come, Isles kicked everything off with the single, “Find Your Light,” featuring Alita Moses. As a summer bonus, listeners will also get the riveting track, “Laid Back,” which features Elghi, one of the most prolific lyricists in Hip-Hop who brings a fiery flow with Isles’ seductive trumpet, topped with the soulful sounds of popular Canadian singer, JRDN.

Talk about big balling. Beyonce and Jay Z earned a combined $147 million dollars last year. So, it is no surprise that there are reports the King and Queen of Entertainment were spotted in Ponza, Italy aboard the $180 million dollar Kismet Yacht, which they are renting for $1.4 million dollars a week from billionaire Shahid Khan, who owns the Jacksonville Jaguars. Beyonce was photographed holding one of their one-year-old twins Rumi and Sir who are rarely seen.

Showtime is doubling down on Lena Waithe, signing the Emmy-winning writer (and creator of The Chi) to a new first-look deal, says the Hollywood Reporter. The arrangement comes on the heels of The Chi’s first season, one that drew positive critical attention and a quick sophomore renewal for the Chicago-set drama. Said Waithe: “I have been a fan of Showtime for as long as I can remember. It’s going to be a fun ride.”

July has been a big month for weddings. On July 21, rapper Pusha T tied the knot with his longtime girlfriend Virginia Williams in his home town of Virginia Beach, Virginia. Celebs in attendance included Pharrell Williams, who was Best Man, Kanye West and Kim Kardashian. And on July 22, R&B crooner Tank and his girlfriend of 18 years, Zena Foster, were married at the First Congregational Church of Los Angeles. Star Power there included Jamie Foxx, who was a Groomsman, Michael B. Jordan, Kelly Rowland and LeToya Luckett.