Grace Gealey and Trai Byers, from “Empire,” tied the knot 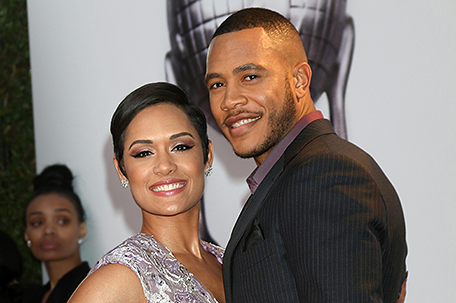 The stars of “Empire” may be constantly at each other’s throats on the hit Fox series, but off-screen, two of them are now man and wife. Grace Gealey and Trai Byers, who play Anika “Boo Boo Kitty” Calhoun and Andre Lyon, respectively tied the knot in a picturesque ceremony by the beach on the Grand Cayman Islands recently. The coosome twosome, who were engaged last summer, reportedly recited their vows in an intimate ceremony before close friends and family. Sources say the newlyweds danced the night away to hip hop, disco and reggae, as guests dined on steak and lobster for the rest of the evening……….. 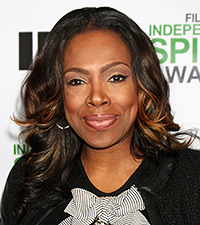 The Atlanta Alumnae chapter of Delta Sigma Theta Sorority Incorporated will host The Delta Sigma Theta International Film Festival, “Housed In Strength & Dignity” on Saturday, April 30 at the Shirley A. Massey Executive Conference Center. Actress/Singer Soror Sheryl Lee Ralph, a member of the sorority, is the 2016 Ambassador and judge for the Festival. Later in the week, Ralph will appear on the season 11 finale of the hit CBS show “Criminal Minds.” On May 7, Ralph is set to deliver the keynote address at Cheyney University’s commencement ceremony in Pennsylvania…….

Mira Gandy’s Art Up, Up, Up, You Mighty Race joins the roster of artists selected for FLUX Public Art Projects, a FLUX Art Fair initiative, which includes an exciting line-up of artists’ public art installations for its second annual show to take place May 3-31 in several locations throughout Harlem’s parks and boulevards which include Marcus Garvey Park, Harlem Art Park, Malcolm X Boulevard, Fifth Avenue and Harlem Grown Farm. Says artist Mira Gandy, “I am interested in themes related to female identity, beauty, race and their interjection in media and culture. My installation is inspired by Harlem’s landscape and the afrocentric beauty found in Harlem. I will use synthetic hair braids to wrap a 30-foot street light pole in Marcus Garvey Park. I am making a total of 1,916 braids to mark the date Garvey settled in Harlem and will use Jamaicans and African inspired colors to create a textural design that will wrap around the circumference of the pole and rise up to its top.”………….