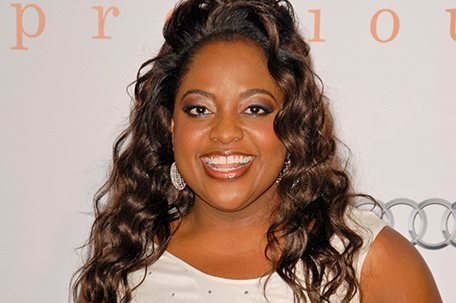 After 13 seasons, “The Wendy Williams Show” officially came to an end on June 17, according to Variety. The daytime talk show has been airing all season with guest hosts, instead of  Wendy Williams, who was not present for the final episode, which included a video montage celebrating her groundbreaking television run. Without Williams in her purple chair, the show has been airing with a slew of guest hosts and panelists, including Sherri Shepherd, who is hosting the final week and the final episode. This fall, Shepherd will be launching her own nationally syndicated talk show, titled “Sherri,” which will take over the time slots currently occupied by “The Wendy Williams Show” on the Fox owned-and-operated stations.

The California Black Chamber of Commerce (CBCC) has operated from its home base in Sacramento for almost 25 years. Now, as the largest African American non-profit business organization, representing thousands of small and emerging businesses throughout the state, the CBCC is expanding to Los Angeles. Jay King, the CEO and president of the CBCC, is honoring Juneteenth with the opening of new offices in Inglewood, California and a momentous liaison with KBLA Talk 1580, owned by media personality and host, Tavis Smiley. The official office grand opening will be held Friday, June 24, 5:00 p.m. to 9:00 p.m.

According to US Magazine, Regina King made her first red carpet appearance nearly five months after her son, Ian Alexander Jr., died by suicide. The Oscar-winning actress walked the carpet at Filming Italy Festival in Santa Margherita di Pula, Italy on June 10. King stepped out in a sleeveless white gown and matching heels. “The Watchmen” alum was being honored with the coveted Women Power Award at the Italian event, which was jointly presented to Naomie Harris.

Having been on pause since the pandemic, Liz Player, the founding executive and artistic director of the Harlem Chamber Players, is pleased to announce the rare NYC performance of Harlem Renaissance composer Nathaniel Dett’s (1882-1943) masterpiece oratorio “The Ordering of Moses.” During the weekend of Juneteenth, the concert will be presented June 17 for one night only at The Riverside Church in Harlem. In 1937, “The Ordering of Moses” was actually cut from the airwaves during a national radio broadcast. It is now believed the network caved to racist complaints from listeners. Produced by Player and brought back to its original splendor, this epic performance includes a 60-piece orchestra from The Harlem Chamber Players, a 75-member choir composed of members from Chorale Le Chateau, and five Metropolitan Opera soloists. The production is helmed by conductor, music director and multifaceted artist Damien Sneed and is hosted by WQXR personality Terrance McKnight.