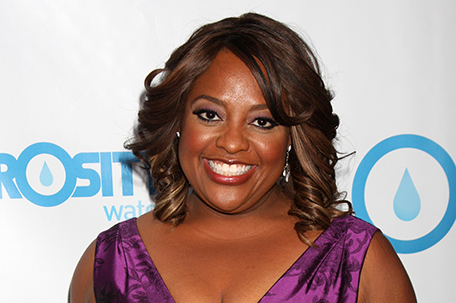 Quarantine Vacation Alert! Another week, another Michael B. Jordan and Lori Harvey story. The entertainment world’s hottest couple has moved their love fest to St. Bart’s where they are vacationing with Lori’s parents, Steve and Marjorie Harvey, as well as celebrating Steve’s 64th birthday. Over the Martin Luther King Jr holiday weekend, the coosome twosome were spotted on a mega-yacht in the Caribbean,  where they seemed to be having the time of their lives, partaking in several water sports. Sporting a Chanel bikini, Lori joined the Black Panther/Creed star on a jet ski, while he also surfed and swam. According to reports, the popular actor/producer and model then relaxed “in the middle of the sea, where they shared a sweet embrace as they soaked up the sun.”

Actress Sherri Shepherd recently kicked off her second A-list partnership with HealthyWage – the world’s leading purveyor of financially – induced diet contests for individuals and corporate/team-based weight loss challenges amid the popularity of Sherri’s initial “HealthyWager” initiative through which participants vied to win up to $10,000 by hitting their own personal weight loss goal. As an added bonus and point of motivation, those partaking in Sherri Shepherd’s Healthy Wager Challenge will also receive a $50 cash bonus added to their grand prize. Sherri’s own goal is to lose 15 pounds in six months for which she will win $500 if she does so. Learn how to enroll in the challenge at www.healthywage.com/sherri. “Healthy Wage is actually making weight loss fun,” says Sherri……….

Tongues are wagging that Jamie Foxx, John Boyega and Teyonah Paris were reportedly recently seen down  in Atlanta, Georgia, shooting scenes on the set of their upcoming Netflix mystery movie, “They Cloned Tyrone.”  In the scene, Oscar winner Foxx was dressed in a bold retro-inspired suit under a colorful hot pink snakeskin jacket with fuschia fur trim. “They Cloned Tyrone” is a science fiction movie about a trio of friends who uncover a mysterious government conspiracy to clone Black people. Foxx is also executive producing the movie along with Datari Turner.….

Ahead of the season five return, OWN: Oprah Winfrey Network has picked up season six of Ava DuVernay’s critically acclaimed drama series “Queen Sugar,” to air late in 2021. Season five premieres Tuesday, February 16 at 8 pm ET/PT on OWN. During the production shut down in 2020 due to COVID-19, DuVernay reconceived the character arcs and storylines, to tackle head-on the COVID-19 pandemic, the Black Lives Matter protest movement that swept the country, and corruption in politics to showcase the specific impact and ramifications these issues have on communities of color. “The way Ava creates space to allow these characters to embody real-world experiences is television at its finest and we are proud to continue this groundbreaking series,” said Oprah Winfrey, CEO, OWN……..