Sherri Shepherd is selling her house in New Jersey 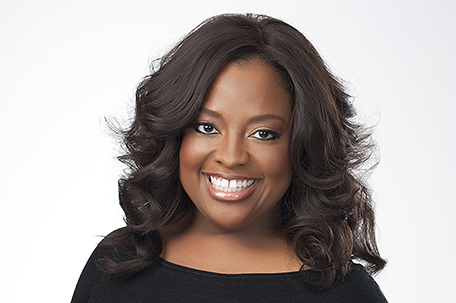 According to the Atlanta Journal Constitution, Apollo Nida, the husband of ‘Real Housewives of Atlanta’ star Phaedra Parks, on Tuesday received an eight-year sentence by a federal court judge for his four-year scheme that involved bank, mail and ID theft. Judge Charles Pannell, under sentencing guidelines could have given him anywhere from 92 to 115 months. The government was okay with the lower end of those guidelines. Nida, who was dressed in a tan suit and wearing a beard and mustache, questioned the 96-month sentence and appeared annoyed after the hearing……….

Sherri Shepherd is selling her house in New Jersey. Sources say she put the home on the market a few weeks after she filed for divorce from Lamar Salley and a few weeks before she was let go from The View. Sherri bought the house in 2012…. when she and Sal were happily married. The house is on the market for $1.725 million and she bought it for $1.737 million. Meanwhile, Sherri and Sal are expecting a baby boy via a surrogate mother this month. However, Sherri no longer wants the little tyke when he gets here because he was cooked with Sal’s sperm without her egg and she reportedly doesn’t want to pay child support……….

Think Like A Man Too star Kevin Hart celebrated his 35th birthday over the July 4 holiday in his hometown of Philadelphia. The box office wonder hit Beyonce’ and Jay Z’s On The Run Tour….he also enjoyed a birthday party and poolside fun with his girlfriend Eniko.Following all the revelry, Kevin is now in Miami filming Ride Along 2 with Ice Cube.……..

From Keke Palmer’s jaw-dropping silk and metallic mini and Gabrielle Union’s thigh-baring white gown to Tyrese’s deconstructed take on the classic tuxedo and a return to sleek, more natural hair styles worn by the most buzzed about female stars – including Nicki Minaj – the 2014 BET Awards offered up the very best in style trends from head-to-toe. To bring the hottest red carpet looks into the homes of millions of viewers, Beautiful Textures Naturally Straight Texture Manageability System is partnering with BET.com this month to present “The Morning After: The Fashion Round Up” starring designer and style expert Angela Simmons. Also featuring stylist to the stars Ugo Mozie and comic actor Billy Sorrells, “The Morning After: The Fashion Round Up,” powered by Beautiful Textures offers visitors to BET.com exclusive coverage and commentary on the very best of the 2014 BET Awards red carpet……..

Other than Elisabeth Hasselbeck, none of her other “View” co-hosts showed up to Sherri Shepherd’s wedding