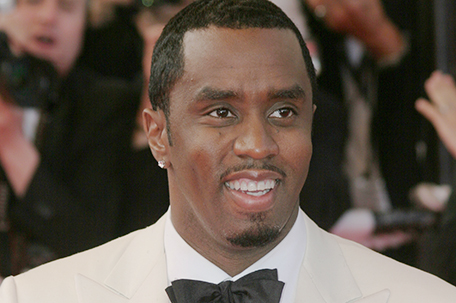 TMZ exclusively reported that Sean “Diddy” Combs invested over $10 million in Elon Musk’s purchase of Twitter. Musk paid $44 million for the social media app last month. Aside from Combs, other investors reportedly include Twitter co-founder Jack Dorsey and Saudi Arabian billionaire businessman Al Waleed bin Talal Al Saud. Meanwhile, Combs, in a deal valued at $185 million, is set to acquire cannabis retail and growing operations in Eastman Business Park in Rochester, New York. According to CNBC, the deal also includes operations in Massachusetts and Illinois. This transaction will be Combs’ first cannabis investment. In addition, the deal creates the United States’ first minority-owned cannabis company that is in multiple states, and becomes the largest Black-owned cannabis company in the world, according to a press release from the companies and Combs.

Tongues are wagging that Sean “Diddy” Combs is not the only billionaire rap mogul making big moves in business. According to TMZ, Jay-Z has teamed up with Amazon billionaire Jeff Bezos to possibly purchase the Washington Commanders. Sources say the NFL team’s current owner, Daniel Snyder, is interested in selling the franchise. On Nov. 2, the Washington Commanders issued a statement announcing Snyder retained a major bank to put the team up for sale, but no final decision has been made.

Academy award-winning actor Daniel Kaluuya is joining the cast of Sony Pictures Animation’s “Spider-Man: Across the Spider-Verse,” the sequel to “Into the Spider-Verse,” which also won an Oscar. Kaluuya will be voicing the character of Hobart “Hobie” Brown, a.k.a. Spider Punk, reports Variety. The movie centers on Miles Morales as Brooklyn’s friendly neighborhood Spider Man, who plunges into the multiverse journey forces to fight off a powerful villain. Other cast members include Shameik Moore as Miles, Issa Rae as Jessica Drew, a.k.a. Spider-Woman; and Brian Tyree Henry as Miles’ father Jefferson Davis.

Tom Joyner’s ultimate Party with a Purpose, supporting students at Historically Black Colleges and Universities (HBCUs), will set sail from Fort Lauderdale on Saturday, May 20, 2023 through Saturday, May 27,2023, with stops at the beautiful ports of Cozumel, Cayman Islands and Jamaica, along with some fun-filled days at sea. The Tom Joyner Foundation Fantastic Voyage was created by trailblazing retired radio host and philanthropist Tom Joyner as a fundraiser to support students in schools at HBCUs. The long-running music and empowerment- themed event generally features more than 40 live entertainment acts, seminars, daily inspiration, celebrities, and fun theme nights. Twenty-five-time Grammy Award winner Stevie Wonder is headlining the 2023 cruise. “I am so excited that Stevie Wonder is performing on the Tom Joyner Fantastic Voyage next year. It will be a truly once in a lifetime epic event for the cruisers who come on the Cruise to Party with a Purpose to help raise money for HBCU scholarships,” Joyner said.