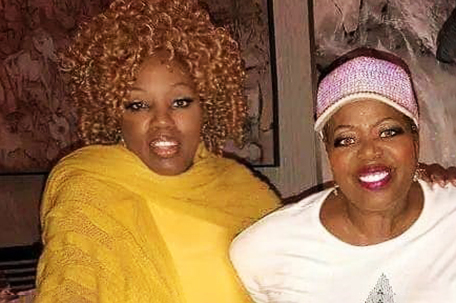 Curtis “50 Cent” Jackson is officially parting ways with Starz. According to Deadline, the renowned rapper/clothing designer and Power franchise executive producer announced on Instagram on September 17 that he is saying goodbye to Starz after not renewing his contract with the network. 50 posted, “This is my vibe right now! Starz deal done, we had nothing but success so no hard feelings. I’m out. I’ll let you know where we are going shortly.” Under his G-Unit Film + Television, 50 recently saw the second season of “Power Book III: Raising Kanan” premiere on Starz. A second season of “Power Book IV: Force” is currently in production, as is season two of “BMF,” and a third season of “Raising Kanan” — 50 Cent is the executive producer of all of them…….

The Black Fairy Godmother Foundation, a non-profit 501-3c, will hold its third annual Purple Diamond Awards at the Newark Museum of Art in Newark, New Jersey, on Saturday, November 5 at 6 pm. On this special night, the organization will honor those who have worked tirelessly to help provide support for communities of color and marginalized areas that have fallen between the cracks of resources and need help beyond existing sources. “As the founder of the Black Fairy Godmother Foundation I am committed to helping those make it through the tough times and find new success,” says Simone Gordon, CEO of the Black Fairy Godmother. There will be performances by Kenny Lattimore and Jeff Redd. The 2022 Purple Diamond Awards honorees include Hon. Ras Baraka, mayor of Newark, New Jersey and Angelo Ellerbee, president andCEO Double XXposure Media…..

Bounce network will premiere its newest original series, “Finding Happy,” on Saturday, September 24, with the first two episodes airing back-to-back starting at 8 pm EDT. Centering around the Black female experience through the eyes of protagonist Yaz Carter, “Finding Happy” is a dramedy about the unfulfilled life of Yaz, played by “Wild’ n Out” star B. Simone. Other cast members include Kim Coles, Marketta Patrice, Angela Gibbs, Stevie Baggs and Mike Merrill. “Finding Happy” comes from Eric C. Rhone and Cedric The Entertainer’s A Bird + A Bear Entertainment, which also produces the hit Bounce original series “Johnson.”……..

Producer, director and writer Roz Nixon took time off from writing a new show which will star Lillias White as a legendary jazz singer to see White make her debut in the current Broadway hit “Hadestown” on September 13. White, a Tony Award-winning actress, received a ten-minute standing ovation the moment she walked onstage as the musical’s narrator, now known as Missus Hermes in “Hadestown,” a modern-day Romeo and Juliet story of love and dictatorship in an underground town called Hadese. The show also stars Eva Noblezada, Reeve Carny, Patrick Page and Jewelle Blackman……