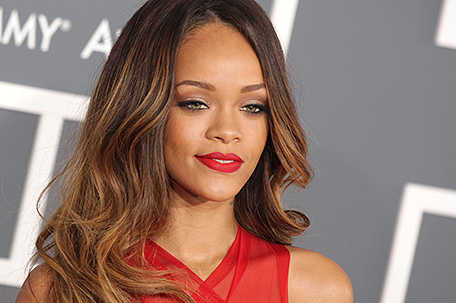 ALLBLK hosted a midday soiree brunch to celebrate the new coming-of-age dark comedy, “Send Help,” in New Orleans during the 2022 Essence Festival on July 2. ALLBLK talent and guests gathered at Bar Marilou for cocktails and canapes, to celebrate the upcoming series slated to premiere August 11. Guests in attendance included: Jean Elie, Mike Gauyo, Tammy Townsend, Kendra G. and Danielle Canada. “Send Help” follows Fritz Jean-Baptiste, a first-generation Haitian American actor, who is on top of the world since landing a starring role on the fiction hit TV show, “This Can’t Be Us.”

New mom Rihanna has added yet another title to her many accomplishments: America’s youngest self-made billionaire, according to the Daily Mail. The 34 year-old entertainer and entrepreneur dethroned Kim Kardashian to earn the title after amassing an impressive net worth of $1.4 billion through her many ventures, including music, fashion, and beauty. Her incredible financial success was first reported on in June, when she was ranked number 21 in Forbes’ annual list of America’s richest self-made women. Rihanna is the only woman under the age of 40 to feature in the line-up. Bloomberg reported that she is also working with advisors to take her lingerie company, Savage X Fenty, public through an initial offering that would value the company at $3 billion.

Art & Soul Hamptons will celebrate art created by influential and emerging Black, Indigenous and artists of color living in the Hamptons on July 22 -24. The opening reception will be hosted by the Southampton African American Museum, taking place at and in collaboration with the Southampton Arts Center. A special screening of  “The Inventor” will also be presented.  A highlight will be musical performances by Kenny Lattimore, Brenda Braxton and it will be hosted by Kevin Thompson.

Rev. Al Sharpton urged President Joe Biden and Secretary of State Antony Blinken to arrange for him and a group of faith leaders to meet with jailed WNBA star Brittney Griner in Russia. His call comes just hours after Griner sent a handwritten plea for President Biden, in which she expressed fear she will never see the United States again. Said Sharpton, “After speaking with her wife last week, I am deeply concerned for Brittney Griner’s physical, mental, and spiritual wellbeing. Today, I’m urging President Biden and Secretary Blinken to bring myself and fellow faith leaders to Russia immediately so we can pray over Brittney in prison.” According to CNN, President Biden and Vice President Kamala Harris spoke by phone on July 6 with Cherelle Griner, the wife of Brittney. Biden has also written a letter in response to Brittney Griner’s handwritten letter. “The President called Cherelle to reassure her that he is working to secure Brittney’s release as soon as possible, as well as the release of Paul Whelan and other US nationals who are wrongfully detained or held hostage in Russia and around the world. He also read her a draft of the letter the President is sending to Brittney Griner today,” the White House said.