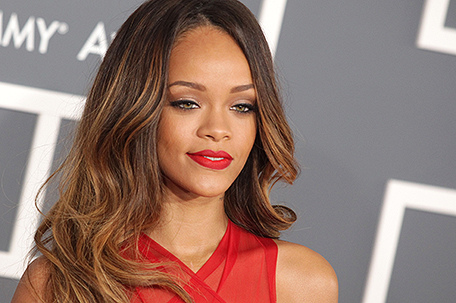 Tongues are wagging that Tiffany Haddish was arrested in Peachtree City, Georgia, at around 4 a.m. on January 14 on suspicion of DUI and improper stopping on a roadway. The “Girls Trip” star posted bond the same morning. According to multiple reports, a concerned motorist called police to report a driver who was sleeping behind the wheel. Officers spotted a car matching the description and pulled the comedian over. The officers detected the smell of marijuana on Haddish and charged her with driving under the influence. The arrest comes as Haddish is dealing with her break-up with rapper Common and “Full House’s” Bob Saget’s sudden death. The Grammy award winner is said to be also mourning the death of Carl Craig, a movie producer and father of Tristan Thompson’s first son’s mother, Jordan Craig, Carl was also a longtime friend of mine……

Another day, another Kanye West story. According to Radar, “Saturday Night Live’s” Pete Davidson hired extra security after West threatened him on his new track, “Eazy,” where the rapper-turned-clothing designer says he’s going to “beat Pete Davidson’s a**” . The comedian is West’s estranged wife Kim Kardashian’s new boyfriend.  While sources claim Davidson isn’t worried about West, he does have concerns for his safety. A source told Radar, “Pete isn’t worried about Kanye, but he is concerned about the massive fan base that Kanye has. His devoted followers listen to his songs and act upon them. That’s why Pete is now using security.” Yours Truly has seen Davidson at Philippe Restaurant several times in New York City and he never had security with him……….

Despite the frigid temperatures and snow in New York City on January 16, Rihanna and A$AP Rocky braved the weather and enjoyed an evening out on the town. The award-winning songstress, fashion designer and makeup mogul was spotted wearing a green jacket over a navy blue sweatshirt paired with ripped jeans and white high-top sneakers.  Following dinner, Rihanna and Rocky headed to his recording studio. The jet setting couple were seen having dinner in Los Angeles the prior week…..

ALLBLK’s “A House Divided” follows the members of the wealthy and esteemed Sanders family. The family are the direct descendants of Letty Sanders, a slave who became the richest Black woman in what was then the newly formed city of Los Angeles. “A House Divided” stars Lawrence Hilton-Jacobs, Lisa Raye McCoy, Demetria McKinney, Taja V. Simpson and more. ALLBLK is an invitation to a world of streaming entertainment that is inclusively, but unapologetically, Black…….

Swedish investigation ends of man in fight with A$AP Rocky