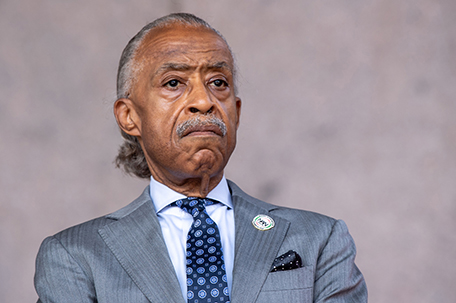 After waving to a crowd of fans as he left court on October 18,  it has been revealed that Cuba Gooding Jr. will go on trial in February for his New York City groping case involving three accusers, a judge decided,  with prosecutors planning to portray the Oscar-winning actor as a serial offender and the defense contending the case is an example of “ #MeToo” run amok, according to multiple outlets. Judge Curtis Farber set a February 1, 2022 trial date in the case, which involves allegations that the “Jerry Maguire” star sexually abused three different women at three different Manhattan night spots in 2018 and 2019. …..

Tongues are wagging that Jamie Foxx participated in a Brown Sugar Bourbon tasting during the Food Network and Cooking Channel New York City Wine & Food Festival at Pier 76 on October 15. The Oscar winning actor bought BSB earlier this year and right away kicked off a new creative direction by helping to redesign the spirit’s bottle. BSB is counting on Foxx to help position it as a fun celebratory liquor ideal for making “memories and toasting to good times.” He was first introduced to BSB at one of his parties. Meanwhile, Foxx shares parenting lessons and stories in his new book, “Act Like You Got Some Sense”………..

The second season of “Games People Play” premiered October 19 on BET. Based on the popular book by Angela Burt-Murray, “Games People Play” is a sexy, stylized drama about the Los Angeles high life, featuring a cast of characters in which everyone plays to win, including a basketball player, a marketing executive, a tenacious journalist and a stunning actress with a scandalous past. The talented ensemble cast includes Karrueche Tran, Lauren London in a limited role, Vanessa Bell Calloway, Cynthia Bailey and Leon. Tracey Edmonds of Edmonds Entertainment serves as one of the executive producers…….

Civil rights leader Rev. Al Sharpton is calling for a street in Brooklyn, New York, named after confederate army leader Robert E. Lee to be renamed in honor of the late United States General and former Secretary of State Colin Powell. Rev. Sharpton and National Action Network (NAN) have previously condemned the street, General Lee Avenue, which runs through the center of Fort Hamilton, New York City’s only U.S. military base. Robert E. Lee is infamously known for leading the Confederate troops during the Civil War……..

School named after Confederacy’s only president renamed for Barack Obama