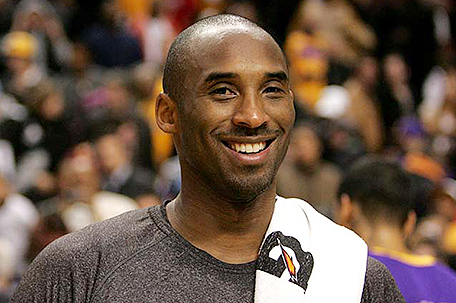 From the Staples Center in Los Angeles, to the Empire State Building to the tallest buildings in his hometown of Philadelphia, skylines are ablaze in purple and gold, honoring the life of NBA legend Kobe Bryant, his 13-year old daughter, Gianna Bryant, her basketball teammates, their parents, coach and pilot, Ara Zobayan, who died in a helicopter crash on January 26. I first met the great Kobe Bryant at his Lower Merion High School prom. Singer/actress Brandy was his date, and along with her mom, Sonya Norwood, publicist, stylist and several other journalists, yours truly, tagged along. It was very exciting to see these two kids together. Afterwards, Donald Trump, who was at least half-human back then, provided limousines to take everyone to Atlantic City for an after-party.  On January 27, it was announced that the late superstar will be inducted into the Naismith Memorial Basketball Hall of Fame alongside the class of 2020 which also will include Tim Duncan and Kevin Garnett.

Following the January 21 opening of the Roundabout Theatre Company’s “A Soldier’s Play” at the American Airlines Theater in the Big Apple, the show’s Tony-award winning director Kenny Leon, hopped on a plane and jetted out to Hollywood for the African American Films Critics Association Awards where Darla Turner, manager of corporate communications at Nissan North America, gave him the Innovator Award presented by Nissan. The star-studded audience at the Taglyan Complex included Jamie Foxx, Jordan Peele, Lena Waithe, Issa Raye, Tichina Arnold, Garcelle Beauvais and the Godfather of Hollywood, Clarence Avant.

Lizzo and Lil Nas X celebrated their multiple Grammy wins in a fun way, according to reports. The curvaceous cutie changed out of her old school Hollywood glamour Oscar attire into a zebra print dress and blue booties to celebrate at her very own Grammy After party at the Crazy Girl Strip Club on January 26 in Hollywood, California. Both Lil Nas X and Lizzo took home awards during the Grammys- with Lizzo nabbing four statuettes, while the Country rapper copped two.

The 28th Annual African American Children’s Book Fair will take place Saturday, February 1, from 1 pm to 4 pm at Community College of Philadelphia, 17th and Spring Garden Streets in Philadelphia, PA. The event is free and open to the public. The event’s host, The African American Children’s Book Project, lead by Vanesse Lloyd-Sgambati, has assembled one of the largest non-industry gathering of best-selling authors including Kwame M’Balia, Vasti Harrison and others. Sponsors include NBC10-Telemundo 62, Wells Fargo, AARP and Comcast.