Regina Taylor is having one hot girl summer of 2022! She’s working on multiple projects simultaneously 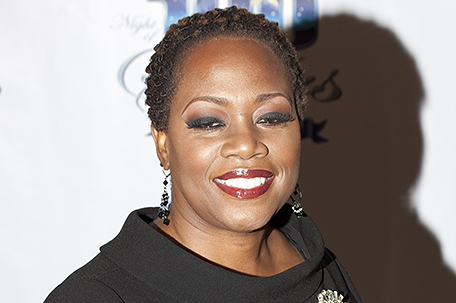 Gracing the cover of the September issue 2022 of Vogue Magazine, wearing a sky-blue Balenciaga gown with her 4 -year-old daughter Olympia holding the train, Serena Williams announced to the world that she will leave the game of tennis following this year’s US Open. “I have never liked the word retirement,” Serena tells Vogue. “It doesn’t feel like a modern word to me. I’ve been thinking of this as a transition, but I want to be sensitive about how I use that word, which means something very specific and important to a community of people. I’m here to tell you that I’m evolving away from tennis, toward other things that are important to me.” Serena will be turning 41 soon and she wants to give her daughter Olympia a baby sister. And that is exactly what this iconic athlete, winner of 23 Grand Slams, plans to do.

Tony Award and Daytime Emmy Award-winner Lillias White is joining the cast of Broadway’s “Hadestown” at the Walter Kerr Theater in New York City, in the role of Hermes, beginning Tuesday, September 13. One of the theater world’s most revered and beloved stars, White, will be the first female-identifying actor to portray Hermes in Hadestown. Says Tony Award-winning director Rachel Chavkin, “I’m over the moon about Lillias stepping into this role. She’s a total legend, has an earth-shattering voice, and will bring a grace and warmth to the role that is completely her own.”

Actress, producer, and activist Regina Taylor is having one hot girl summer of 2022! The Golden Globe Award and NAACP Image Award winner is working on many projects simultaneously. She is currently in pre-production for the FX film “Justified.” Taylor said, “I am working with Timothy Olyphant and Aunjanue Ellis on it. The story started with Timothy’s character being a US Marshal who gets reassigned to Kentucky. Aunjanue portrays an attorney. I have a three-episode arc.” Taylor also plays Marian Shields Robinson, the mother of former First Lady Michelle Obama, on the Showtime series “The First Lady.” She can also be seen on the CBS series “Blue Bloods.” With all of this going on, Taylor found time to attend this month’s National Black Theater Festival in Winston Salem, North Carolina, where Taylor, along with Ben Vereen, Ted Lang and Vivian Reid were among the special guests.

Celebrating its return with a limited series run of five new episodes that started August 6, at 10:30 p.m. ET on BETher, “Urban Beauty TV” shines the spotlight on the glam world’s beautypreneurs, stylists, fashion designers and health professionals. This season will feature the lovely Midori Amae, former Miss Black Virginia, again as the host. She will interview top businesswoman who own their companies such as Lavonndra Johnson, Shevel Sampson and Monique Glover. Former Miss USA, Real Housewives of Atlanta star Kenya Moore, Toccara Jones, and gospel great,TV and film actress Tamela Mann will also be featured on Urban Beauty TV……….

Christian Taylor gets the gold and Will Claye gets the girl