Regina King will return to the red carpet for the first time since her son, Ian Alexander Jr’s tragic death 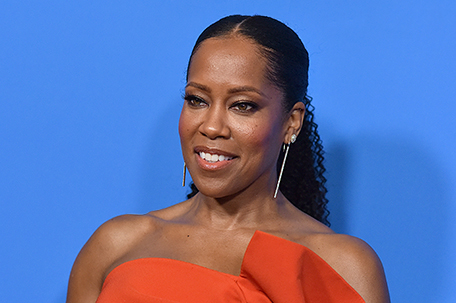 Regina King will return to the red carpet for the first time since her son, Ian Alexander Jr’s tragic death. The Oscar-winning actress is one of the hosts at this year’s Met Gala, which will take place on May 2 at the Metropolitan Museum of Art in New York City. This year’s theme is “In America: An Anthology of Fashion.” An official co-chair, King, whose most recent film project is portraying Shirley Chisolm, will be joined by Blake Lively, Ryan Reynolds and Lin-Manuel Miranda, while designer Tom Ford, Instagram’s Adam Mosseri, and Vogue’s Anna Wintour will continue as honorary co-chairs.

Two-time Emmy-nominated actor, producer, comedian, pastor, author, and artist Kel Mitchell released the music video for his hit single “Blessed Mode” featuring nobigdyl and Scootie Dop on April 15. “Blessed Mode” is an uplifting hip-hop track and workout anthem that is sure to inspire, uplift, motivate and make you feel victorious. The track arrives on the heels of his debut book “Blessed Mode: 90 Days to Level Up Your Faith,” a 90-day devotional from which the inspiration for the song is derived. The music video will premiere on Mitchell’s YouTube channel.

“Loudmouth,” the documentary chronicling Rev. Al Sharpton’s rise from pastoral prodigy to a national civil rights figure, has been announced as the closing night film of the Tribeca Film Festival. Rev. Sharpton, founder and president of the National Action Network, will take part in a conversation after the world premiere on June 18. The film features never-before-seen footage and unprecedented access. It is written, directed, and produced by Josh Alexander, and produced by Daniel J. Chalfen, Mike Jackson and Kedar Massenburg.

ALLBLK, the popular streaming service for Black TV and film from AMC Networks, released the trailer for the new millennial dating dramedy, “A’ La Carte.” The six-episode scripted series premiering May 12, from Breanna Hogan and executive producers, Meagan Good and Dijon Tatton, centers on the Black millennial dating experience and one girl’s journey to the place she never thought she would end up — on the side. The cast includes Kandi Burruss, Kelly Price, Dorien Wilson, Pauline Dyer, and Courtney Burrell.