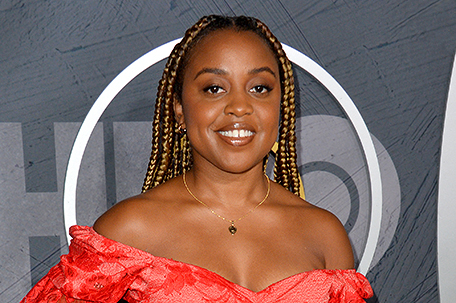 Drummer and artist Stix Bones and The Brothers of Noble Excellence Squad will appear at the Sugar Bar on West 72nd Street in New York City on July 16 at 8 p.m. Stix is known for his productions with urban jazz artists Matt Marshak and JJ Sansaverin, the reality shows, “The Real Housewives of Miami” and the Emmy contender web series “Take Back the Mic.” Stix’s highly successful first full-length, hip hop jazz album, “Groove Like This,” has graced the airwaves of more than forty jazz stations in the U.S., jazz internet, and satellite stations across the globe. It has charted in the top 10 on the digital jazz charts while reaching the top 20 jazz charts in France.

The Chicago Sun Times is reporting that after being held for more than a year in Brooklyn, New York, Chicago-born R&B star R. Kelly was back at the federal jail in Chicago on July 12 in advance of his second criminal trial set for next month. Kelly was moved July 12 from Brooklyn to the Metropolitan Correctional Center, where he first landed more than three years ago after his arrest on separate federal indictments filed in Chicago and New York. Jury selection is set to start August 15 for allegedly conspiring with two former associates to rig his 2008 child pornography case in Cook County and hide years of alleged sexual abuse of underage girls. Kelly is said to be engaged to former victim Jocelyn Savage.

Martin Lawrence recently joked that he hoped he can get Eddie Murphy to pay for the wedding if his daughter Jasmin Lawrence marries Eddie Murphy’s son, Eric Murphy, who are dating. That merger could be happening sooner than people think. On July 9, Eric’s sister, Bria Murphy married her actor fiance’ Michael Xavier at the Four Seasons Hotel in Beverly Hills, California. During the wedding reception, Jasmin caught the bouquet that Bria tossed in the air.