Quincy Jones, Oprah Winfrey, and Scott Sanders are bringing a film version of the musical “The Color Purple” to the big-screen 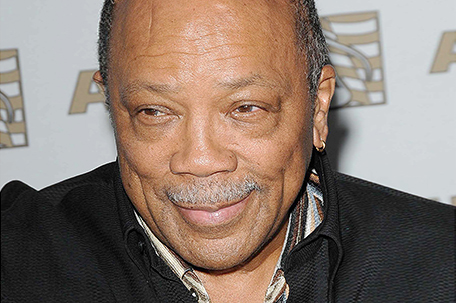 Actor/producer/pro kickboxer/deejay/rapper/clothing designer Idris Elba has been named People Magazine’s “Sexiest Man Alive” for 2018. Growing up in East London as an only child to African immigrants, Elba “was a good kid but my parents were strict,’ he tells People Magazine. Once he found fame, Elba learned the importance of being authentic……….

Amid the challenges of today, Pathways To Love & Healing Productions: Presents Founder/Producer Basha Riddick with her 8th Annual I Love To Read Multi-Cultural Book Fair, Saturday, November 10, 2018, from noon to 8 PM at Brown Memorial Church, 484 Washington Avenue, entrance on Gates Avenue, Brooklyn, New York. The keynote author is Gwen Carr, mother of the late Eric Gardner. Carr will be reading from her new book, “It Stops Today,” with a foreword by former Secretary of State Hillary Clinton. Other notable authors who are participating include award winning veteran TV reporter Dominic Carter, Rev. Dennis Dillon, Stefany J and Yours Truly, Flo Anthony……..

According to the Hollywood Reporter, Oprah Winfrey, Quincy Jones and Scott Sanders, who produced the Broadway musical “The Color Purple”, are bringing a film version of the musical to the big-screen. The Alice Walker Pulitzer prize-winning novel, now turned into a TV musical, is in the early stages of development and will next look for a writer. There is no word on casting as of yet………

Tongues are wagging that Gabrielle Union, who turned 46 on October 29, celebrated her birthday a little early with a bottle of Tequila Avion Reserva 44 (150) in-hand with her face on the bottle, while dancing to Gwen Stefani’s “No Doubt” classic “I’m Just a Girl” with her husband, NBA star Dwyane Wade all night long…..