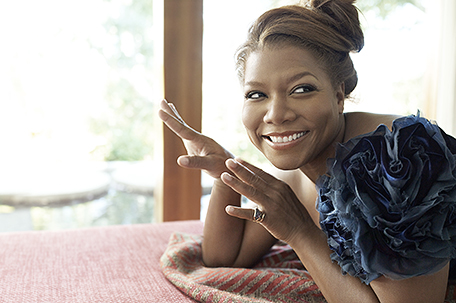 Tyler Perry threw a fundraiser for President Barack Obama at his home in Los Angeles on June 18. The event was $2.500 per person.  Tyler is a longtime supporter who also held a fundraiser for Obama’s re-election campaign in Atlanta. All proceeds went to the Democratic National Committee. Speaking of Tyler’s homes, the movie mogul recently put his 17-acre estate in Atlanta on the market for $25,000,000. The x-shaped quasi-French provincial-style building, perched on a high-rise along the Chatahoochie River about ten miles northeast of downtown ATL,  has seven bedrooms and 11 and a half bathrooms.  The mansion’s terrace overlooks the lake-sized swimming pool. The estate also includes a caretaker’s suite, a guard house, a hobby house, a lighted tennis court and a Las Vegas resort style infinity edged swimming pool and spa……

Bobby Brown spoke out via his lawyer on June 19 to address ongoing speculation about his daughter Bobbi Kristina Brown’s current condition. “Due to the numerous false reports and sensationalism regarding Bobbi Kristina over the last two weeks, there is a need to comment,” Bobby’s lawyer Christopher Brown, said in a statement.  “Bobbi Kristina is not going home to die as numerous news affiliates and websites have reported.”  Christopher went on to slam a new report that claimed Bobby is fighting with his sister Leolah Brown because of a Facebook post she wrote recently about Bobbi Kristina and Pat Houston……….

Sean “Diddy” Combs was arrested and has been charged with assault with a deadly weapon – a kettlebell – after an altercation with a UCLA football coach. Shortly after 12:30 June 22, Puffy was arrested at UCLA’s Acosta Athletic Training Complex. No one was seriously injured, and the UCLA police department is continuing to investigate. Combs. Combs’ eldest son Justin is on the UCLA football team and sources say the coach was especially hard on him that day……….

According to reports, Queen Latifah has signed on to star opposite Jennifer Garner in Sony’s faith-based drama Miracles From Heaven. The Academy award nominated actress joins Garner in the film. which is based on Christy Beam’s book of the same name that recounts how her young daughter miraculously overcame an incurable, life-threatening digestive disorder. Latifah will play a Boston waitress – something of an earthly angel – who befriends the sick girl and Beam during their visits to Boston’s Children’s Hospital…………..

The Carolinas communities continue to come together in the wake of last week’s deadly shootings at Charleston’s Emanuel AME Church. Last weekend, Carolina Panthers owner Jerry Richardson announced that he would be donating $10,000 to each of the nine victims’ families, and an additional $10,000 to Emanuel AME Church. “We don’t want to comment on the specifics of the donation, but know our hearts are one with those who grieve the loss of these individuals,” a spokesperson said in a statement…….