Peabo Bryson had a mild heart attack April 27, but is responsive and his doctors and family are optimistic 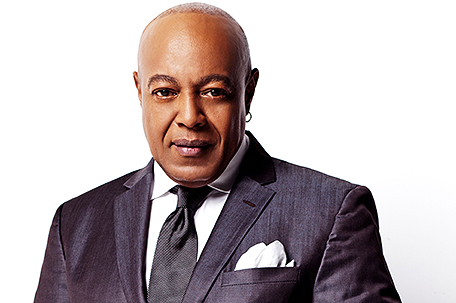 May 3, 2019 Category: Go With The-Flo Posted by: Philadelphia Sun Staff

Filmmaker John Singleton, known for directing epic movies such as Boyz N The Hood, Poetic Justice, Higher Learning and most recently, co-creating the FX series Snowfall, died April 29 at the age of 51 as the result of a stroke. Singleton was reportedly the father of seven children, including a one-year-old with his current girlfriend. He was married briefly to actress Akousa Busia, with whom he shared a daughter with. Said John’s family: “Like many African Americans, Singleton struggled with hypertension. More than 40 percent of African American men and women have high blood pressure.” According to reports, his family wants to share the message with all to please recognize the symptoms by going to heart.org. Meanwhile, in more not so happy celebrity news, our prayers go out to Peabo Bryson who suffered a mild heart attack at his Georgia home on April 27. Reports say the multiple Grammy Award winner is responsive and his doctors and family are optimistic the crooner will make a speedy recovery……….

They tied the knot in a fairytale – esque three-day wedding at Morocco’s Ksar Char Bagh Hotel, then following the beautiful ceremony, the world’s sexiest man, Idris Elba and his bride Sabrina Dhowre enjoyed a fun-filled wedding reception on April 26 at the Mandarin Oriental Hotel, reports the Daily Mail. The newlyweds were joined by family and friends during the magical evening, who included Christian Louboutin, who most people don’t know is biracial. The red bottom shoe designer  danced the night away as the tequila sipping couple cheered him on. Meanwhile, although Prince Harry and Meghan Markle couldn’t make the trek to Morocco as they countdown the days to the Duchess giving birth to their first child, but they sent Idris and Sabrina a painting by the Connor Brothers worth an estimated $9,000 that portrays a woman on the cover of a 1950s novel, with the quote: “Why fit in when you were born to stand out?”……..

Tongues are wagging that Kevin Hart recently took over the front desk of a local gym in his hometown of Philadelphia, Pennsylvania for his new Mountain Dew campaign, “DEW Time Off.” Meanwhile, the superstar comedian and CJ Entertainment have banded together to remake the Korean crime comedy Extreme Job, according to sources. Hart is set to star in the project which will be produced through his Hart Beat production company……..

Could you have a heart attack? Reduce your odds through these tips