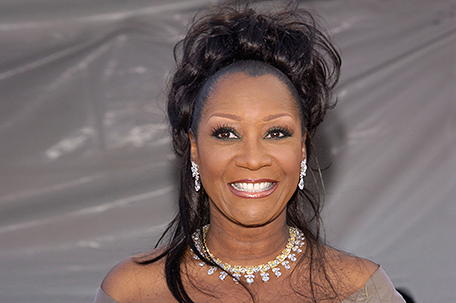 50 Cent is teaming up with producer Will Packer on a single-camera comedy called “My Friend 50,” which will be on Fox. 50, who stars on and produces Power on Starz, will serve as an executive producer and will also star in the series. According to Deadline, it revolves around Amanda Kramer, an unstable-20-something woman who believes that joining 50 Cent’s entourage is the answer to all of her problems…….

According to sources, Patti LaBelle says she and her devoted fan James Wright Chanel have become close friends since his video praising her Walmart pies went viral and sent sales of the product soaring. In addition to spending Thanksgiving together at Patti’s Philadelphia home, the two filmed a holiday television special set to air on the cooking channel.  “It’s one of those blessed stories,” Patti tells People Magazine. “For his birthday, which was Thanksgiving, we were at my home. I invited him before I even met him.”………

According to the Hollywood Reporter, the nominations for the 47th Annual NAACP Image Awards, which will be hosted by Anthony Anderson, were announced on December 8, with Ryan Coogler’s Rocky spin-off Creed scoring six nominations, the most among motion pictures. Star Michael B. Jordan is also up for entertainer of the year, nominated alongside Misty Copeland, Pharrell Williams, Shonda Rhimes and Viola Davis. On the TV side, Fox’s “Empire” scored a leading 12 nominations. the most for any TV series. ABC’s “Black-ish” came in second, with 10 nominations………

Strength of Nature, a global leader in the $700-million ethnic hair care industry, announced the acquisition of Motions, Just for Me, Consort, Groom & Clean brands from Unilever. Strength of Nature also acquired the TCB brand’s business in Africa, making the company full owner of TCB. “The Motions, Just for Me, Consort, Groom & Clean and TCB brands are beloved and trusted with a strong legacy, high awareness and great potential. Each provides an excellent foundation for renewed growth and expanded innovation. We look forward to building these brands,” says Mario de la Guardia, CEO of Strength of Nature.

Patti LaBelle has a new line of bedding