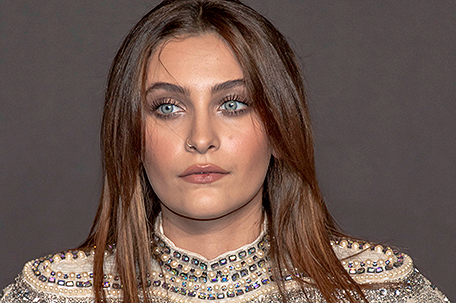 Looking like a picture of happiness and good health, Paris Jackson enjoyed a date night with her boyfriend, Gabriel Glenn, hours after she was reportedly hospitalized following an alleged suicide attempt which the daughter of the late Michael Jackson vehemently denies. Paris and her main squeeze were spotted heading to Universal Studios to take in a movie. They also enjoyed one of her dad’s favorite foods, Kentucky Fried Chicken on Saturday night. The model/actress appeared to be in good spirits and seemingly enjoyed the evening. It is obvious there was no suicide attempt nor was she placed on a 72-hour hold as had been falsely reported.

Lotus Music & Dance will celebrate its 30th Anniversary with a benefit dinner and performance on Monday, March 25, at Jacqueline Kennedy Onassis High School Theater in midtown Manhattan. This year also marks the 100th birth Anniversary of bharata natyam dance guru, T. Balasaras wati (“Bala”). They will honor legendary choreographer George Faison with the inaugural Bola Award for Excellence. Other honorees include Manhattan Borough President Gale Brewer for her support of cultural diversity in the performing arts. Mr. Faison will also choreograph a new work to celebrate the 30th anniversary of the Lotus & Music Dance Festival in collaboration with East Indian dancers and practitioners of the kathak style (storytellers).

It looks like Idris Elba is about to walk down the aisle of matrimony any day now. The Golden Globe winner’s fiancee Sabrina Dhowre celebrated the upcoming nuptials with her bachelorette party over the weekend of March 15. For her last hoorah as a single girl , according to reports, Sabrina and nine of her best girlfriends jetted off to the Amangiri Resort in Utah. The ladies donned blush-colored pajama sets with “Bride Squad” embroidered on the back for the sleepover. Aside from soaking up the sun, they also noshed on a lovely cake that had “Future Mrs. Elba” written across it. One of Hollywood’s most handsome actors, Idris once vowed to never marry, but sources say Sabrina “stole his heart.”