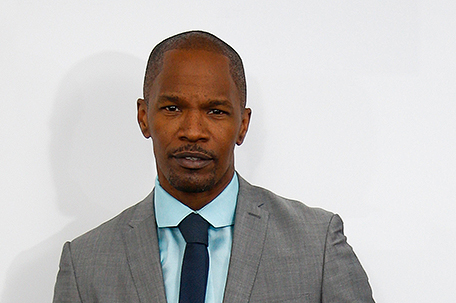 Yours truly ran into Bobby Brown on August 20 in Los Angeles. We both participated in the Leimert Park Book Fair. Aside from his New York Times bestselling memoir, “Every Little Step,” the former member of New Edition also had his food products there, and told the crowd that he is in the process of writing a cook book. Other celeb authors at the festival included Miss Robbie from “Sweetie Pie’s,” which is featured in a chapter in my novel, “One Last Deadly Play,” Meagan Good and her husband, producer DeVon Franklin, Rolanda Watts, and the legendary Zane. The previous night, I went to Post & Beam restaurant, which is owned by my dear friend, Brad Johnson. Denzel Washington was also dining in the swanky eatery……….

The East Hampton Library hosted their 12th Annual Authors Night on August 13, with proceeds going to the advancement of the library. The premiere literary event brought together 100 distinguished authors with over 2,500 book lovers on the Maidstone Lane field in the East Hampton Village. Premiere philanthropist and author Jean Shafiroff was present to sign her debut book, “Successful Philanthropy: How to Make a Life by What You Give” – a guide to modern day philanthropy. Known as the “Diva of Philanthropy,” the stylish and beautiful Shafiroff is also featured in the August cover of Resident Magazine……….

Black Women in Medicine premieres in New York City on August 26 at the Cinema Village East and in Los Angeles on September 26. . Directed by Crystal Emery, Black Women in Medicine chronicles the unsung journey of Black woman doctors who have risen above inequality to excellence to become leaders in their fields……..

According to reports, it looks like the not-so-secret romance between Jamie Foxx and Katie Holmes is still going strong. Word on the curb is that Holmes, who was once Mrs. Tom Cruise, was spotted backstage during one of Jamie’s recent performances with Barbra Streisand. The Oscar winning actor is currently on tour with the legendary chanteuse performing a duet of “Climb Every Mountain” with her, which they recorded for Streisand’s upcoming “Duets” album. Says a source: ‘They left from the dressing room area a few minutes apart from each other but she was hanging out in his dressing room with him after the show.”…………..

Mike Epps and Tip “T.I.” Harris will star as brothers and produce the restaurant comedy The Trap with Chris Robinson directing, reports Variety. Queen Latifah is producing through her Flavor Unit Entertainment company with partner Shakim Compera. The Trap is based on a story by Epps and Nile Evans, who is writing the script about T.I.’s character returning home to Atlanta to help the dilapidated restaurant run by his brother played by Mike…….

Jamie Foxx gets a surprise dinner to celebrate his 48th birthday